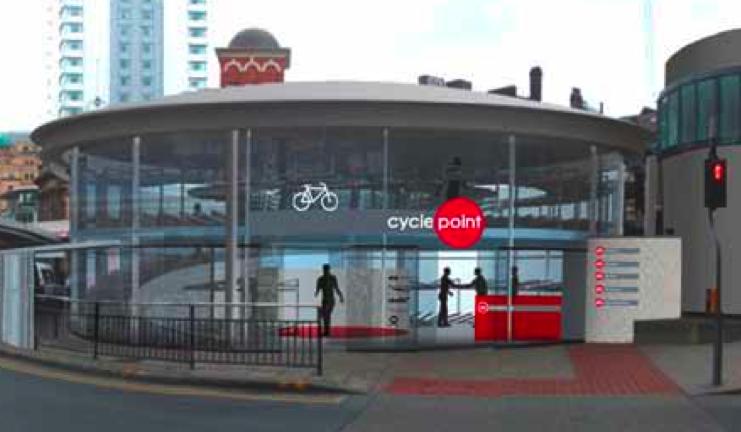 Baker says training secure as he opens Leeds CyclePoint, but won't be drawn on Cycling England's fate...
by Simon_MacMichael

Secretary of State for Transport Norman Baker this morning officially opened the UK’s first Dutch-style CyclePoint at Leeds railway station and also allayed concerns that Bikeability training would be scrapped as part of government cuts.

There have been fears that the cycle training initiative, the successor to the National Cycling Proficiency Scheme, migt be a victim of the so-called ‘Bonfire of the Quangos’ which looks set to claim Cycling England, which helps deliver Bikeability within England.

Speaking to the cycle trade-focused website BikeBiz, Mr Baker confirmed that Bikeability would continue, although it is not clear at present who will be responsible for administering it.

However, he declined to be drawn on confirming the fate of Cycling England, despite being questioned on the issue by one of the body’s board members, transport journalist Christian Wolmar, who was present at the opening of the new facility and who has put the case for retaining Cycling England in an open letter on his website.

Joining the Secretary for State in opening the £700,000 CyclePoint in Leeds were Dutch ambassador Pim Waldeck and Anton Volk, chief executive of Netherlands-based Abellio, parent company of Northern Rail, which has developed the facility in partnership with Network Rail and Leeds City Council.

Operated by Evans Cycles, the Leeds CyclePoint is modelled on similar facilities in the Netherlands, where they go by the name FietsPoint (‘fiets’ being Dutch for ‘bike’). As well as secure bike parking facilities, it also has bicycles available for hire at a cost of £8 a day, as well as a workshop and retail space.

Mr Baker commented: "I think this is an innovative scheme in Leeds and is this way things should be going. We are determined to get more people cycling and walking and tackle the problem of carbon emissions."

Meanwhile, bicycles are not the only form of transport for which children are being given  training. A report on BBC Breakfast this morning, which you can watch here, featured a school in Brighton which is providing lessons in how to ride scooters safely.