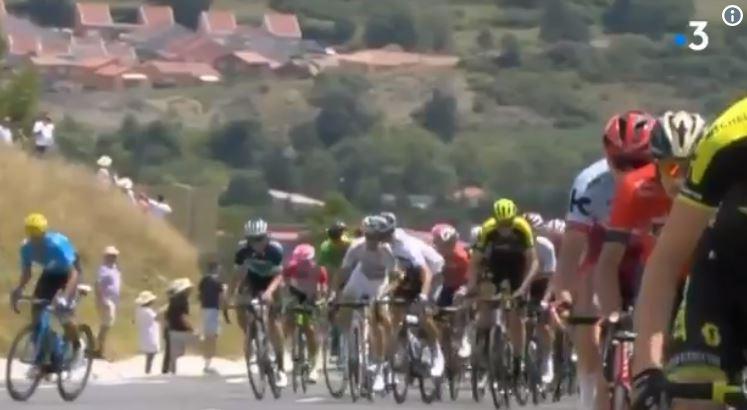 Team Sky’s Gianni Moscon has been expelled from the Tour de France following an altercation with another rider. The news comes as a blow to Team Sky’s overall challenge for the race, and also calls into question the Italian’s future with the UCI WorldTour team.

Eurosport said that according to an unnamed senior official on the race, "The jury kicked him out because he hit a rider from the Fortuneo-Samsic team."

The incident happened inside the opening kilometre during today’s Stage 15 of the race from Millau to Carcassonne.

The official stage communique subsequently revealed that he had been ejected from the race for “particularly serious aggression,” despite representations made on his behalf by Team Sky sports directors to the race jury.

The 24-year-old from Trentino Alto Adige in north east Italy has regularly been at the centre of controversy since joining Team Sky in 2016.

He was suspended by the team for six weeks last year after admitting racially abusing the FDJ rider Kevin Reza during the Tour de Romandie.

In October that year, Reza’s team mate Sebastien Reichenbach claimed that Moscon had deliberately caused him to crash at the Tre Valli Varesine race in Lombardy, although the Team Sky rider was recently cleared by the UCI.

And at last year’s UCI Road World Championships in Bergen, Moscon was disqualified after it emerged he had accepted a tow from his country’s support car.

With three mountain stages to come in the Pyrenees, Moscon’s ejection from the race will be a blow to Team Sky, who are leading the race through Geraint Thomas, with defending champion Chris Froome second, 1 minute 39 seconds behind.

That two-pronged challenge coupled with the reduction of teams from nine to eight riders this year means that Thomas and Froome are left with just five team mates to help them defend their positions in the days ahead.

It remains to be seen where today’s incident leaves Moscon’s employment by Team Sky.

In a statement released by the team this evening, principal Sir Dave Brailsford said: "We support and accept the decision by the race organisers to exclude Gianni Moscon from the Tour de France.

"Gianni is desperately disappointed in his behaviour and knows that he has let himself, the Team and the race down.

"We will address this incident with Gianni once the Tour is complete and decide then if any further action should be taken.

"I would like to offer my sincere apologies to both Elie Gesbert and Team Fortuneo Samsic for this unacceptable incident," he added.

He said: “I’m sorry for today’s incident,” Moscon said. “I totally regret my actions. I would like to personally apologise to Elie Gesbert for the incident on today’s stage.

"I make no excuse for it, I accept the decision of the race organisers. I let myself down really badly, as well as my teammates, and I’m really sorry for that.”