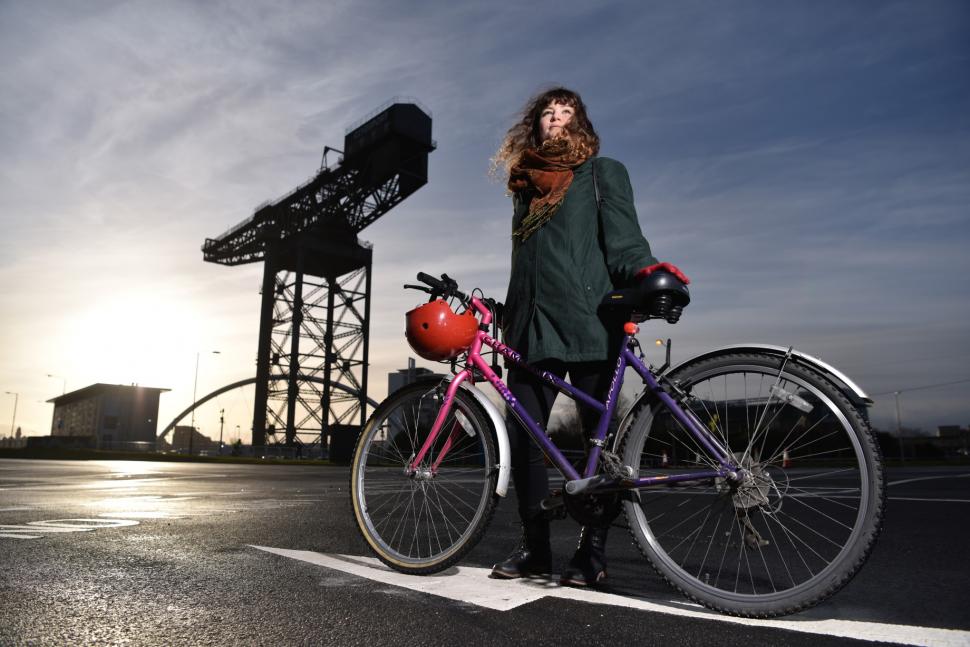 Sustrans: Urgent need for more women to be involved in transport planning and delivery

Sustrans saws that there is an urgent need for women to be better represented in transport planning and delivery in the UK to encourage more of them to undertake active travel.

The call to action follows a new report published by the sustainable transport charity ahead of Thursday’s International Women’s Day.

The sustainable transport charity’s report, entitled Are We There Yet?, examined the habits and choices when it comes to travel of almost 2,000 women in Glasgow.

The results were combined with a literature review of existing research on the subject in Scotland, the UK and Europe.

Among the findings of the report were that women typically undertake shorter urban journeys than men do, use different modes of transport and are more likely to undertake what it terms ‘trip chaining’.

The latter refers to multi-stop journeys, explained by having to balance issues such as childcare, travelling to and from work, and undertaking household tasks such as shopping.

The report also found that while improving physical and mental health was a factor that encouraged some women to engage in active travel, barriers to it included safety, convenience and appearance.

It said that in Scotland’s public sector, transport has the lowest percentage of women in senior positions, accounting for 6.25 per cent of people heading up transport bodies.

Across the UK, the report said that women made up just 22 per cent – less than a quarter – of employees.

And while figures across the UK generally show that the number of cycling trips made by is generally one third that of men, in Glasgow the gender imbalance was even starker at 2 per cent of women versus 16 per cent of men choosing a bike as a mode of transport.

The research was led by Suzanne Motherwell, who is Sustrans Scotland’s Evaluation Manager.

She said: “Our research has shown that there are a number of women-specific barriers such as lack of time, complex schedules and fears of personal safety, which stop them from travelling actively more often.

“If we are to get more people walking and cycling, it is essential that we address the inequalities that exist in transport – at every level – from users right through to planning and policy making.

“By designing and building infrastructure that caters for both genders’ needs, we can help ensure the gap between the levels of women and men cycling is closed, and importantly improve the everyday cycling levels in our cities and towns.”

The research was welcomed by not-for-profit campaign group Women In Transport and by the Scottish feminist organisation, Engender.

Women in Transport’s president, Katie Hulland, said: “Less than one quarter of UK transport workers are women, so we are massively under-represented in the planning and delivery of transport policy, infrastructure and services.

“As the leading professional network for women in transport, we’re working with the transport industry, parliament, government and beyond, to address women’s under-representation and promote a diverse and inclusive transport workforce.”

Emma Ritch, executive director of Engender, said: “It is good to see Sustrans are highlighting the links between transport policy and women’s equality, and we hope to see women’s different experience of travel integrated into all of their future work.

“Scotland’s travel systems are not designed around the needs of women, who tend to make shorter and more frequent journeys and are more concerned about their personal safety.

“This obliviousness is perhaps unsurprising given that women are massively underrepresented in transport bodies: only 6.25 per cent of their chief officers are women. Making active travel work for women makes it work better for all.”

The report includes a case study of 25-year-old student Rebekah Bergh, originally from Sweden but who has lived in Glasgow for four years and mainly uses a bike to get around the city.

She said that affected her choice of clothes, and also highlighted the intimidation she sometimes feels while riding her bike:

I know that appearance and the way you look is a big issue for some women and from time to time it does bother me.

It means that I don’t tend to wear skirts or dresses, and if it’s raining for example, I will choose not to wear makeup. However, I don’t tend to cycle particularly fast and I have a cap that I wear to protect my hair and eye make-up, so I don’t feel too messy when I arrive at university.

Drivers don’t tend to think about what it is like for people on bikes going about the city and I’m not very good at being assertive when I’m on my bike on the road. I am not always confident that I know if I am allowed in certain spaces.

So when I feel that cars are getting too close or that they are getting impatient because I am cycling slowly, I don’t have the confidence to mark my space and will often find myself cycling very close to the pavement instead of keeping my distance from it which can be dangerous.

I know if I was more assertive on my bike and cycled faster they would respect my space, but then that means that I am more likely to end up hot and bothered when I arrive at my destination.

Having cycle routes and networks designed with women in mind would make a huge difference to my journey every day. To have paths which are safer and less intimidating to use would make the world of difference and I hope it would encourage more women to travel by bike when possible.