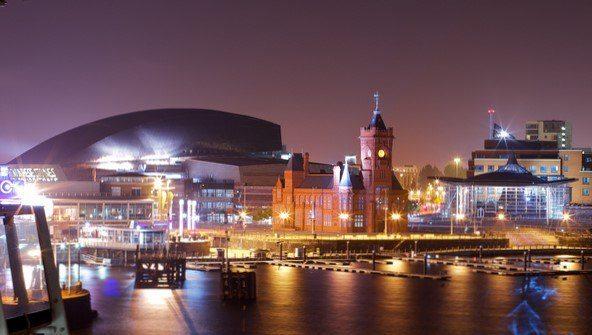 Cardiff council is looking to enter into a five-year deal with British Cycling to encourage more cycling in the city. The £500,000 a year deal would see the city centre closed for a free non-competitive mass bike ride.

The BBC reports that the annual ride would be for around 8,000 people.

A report to the council’s environmental scrutiny committee states: “The event would be non-competitive and participants would be able to join it at different stages of the circuit to suit their individual abilities and needs.

“The ride would act as a tool to promote the wider HSBC/British Cycling Programme but would also provide a vital means of enabling non-cyclists to try cycling within a safe environment and be part of a major celebratory community event.”

Cardiff's 4-part plan to double its number of cyclists

A provisional date for the ride has been set for Sunday, May 13. The council's cabinet will consider the proposals on Thursday. If approved, it will have to pay £100,000 a year towards the scheme, which can be through a 50:50 split of money and payment in kind.

Caro Wild, the council's cabinet member for strategic planning and transport, said the target was for more than 50 per cent of journeys to be made by bike, on foot, or by public transport by 2026.

"The potential to grow cycling in Cardiff is considerable with 28 per cent of Cardiff residents saying they do not currently cycle but would like to. Cycling can make an important contribution to encouraging a healthy lifestyle and also offers a practical solution to Cardiff's major transport and pollution issues."

The plans also include guided and supported community rides, and dedicated coaches for schools to try and get more kids out on bikes.