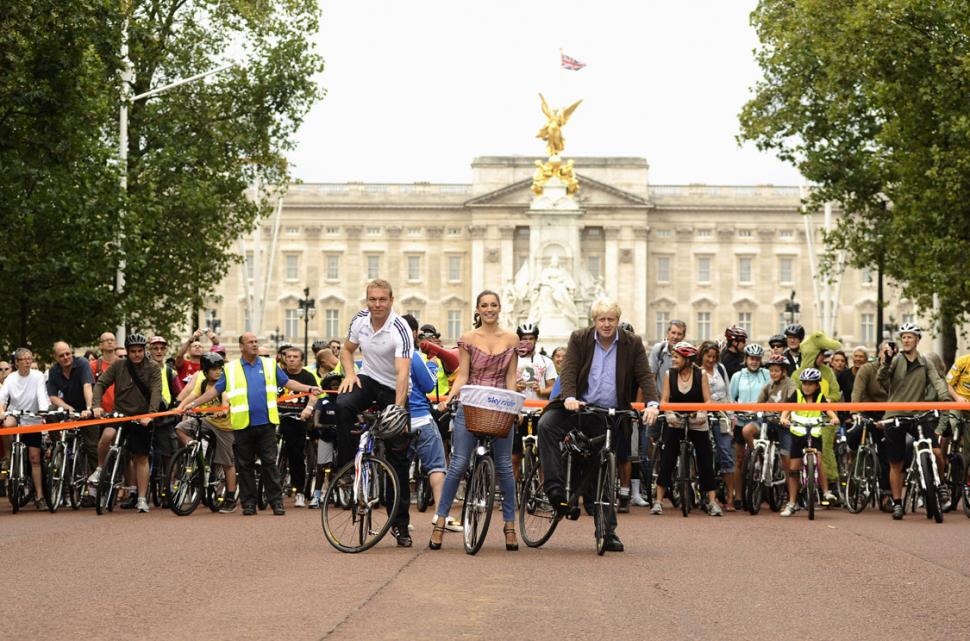 Johnson, Hoy and Brook joined by tens of thousands
by Mark Appleton

Organisers claim it was the biggest mass participation cycling event ever held in the United Kingdom and along with the Mayor, riders had a chance to rub shoulders with actress Kelly Brook, Olympic champion Sir Chris Hoy, and riders from Team Sky including Serge Pauwels, CJ Sutton, Morris Possoni, Davide Vigano and Edvald Boasson Hagen.

The extended 15km route took in many of the capital's most iconic landmarks, weaving around sights including the Tower of London and Buckingham Palace via the City of London and St Paul¹s Cathedral.

This year for the first time the route also took riders through Parliament Square passing Big Ben and the Houses of Parliament.

Boris Johnson said: “The sight of hordes of cyclists pedalling their way along traffic free roads past some of London¹s most glorious landmarks, and in the midst of a truly carnival atmosphere brought joy to my heart. We are bringing a cycle revolution to the streets of the capital and I am sure that today we persuaded thousands more Londoners that pedal power is the way to go.”

Four-time Olympic champion Sir Chris Hoy said: "Seeing the Capital's
streets traffic-free with so many people enjoying a day out cycling together
is a great experience for everybody. This was my third year at the London event and every year so far has topped the last.

"I'm hoping that everyone who took part will continue to cycle and enjoy all
the fun and benefits it brings."