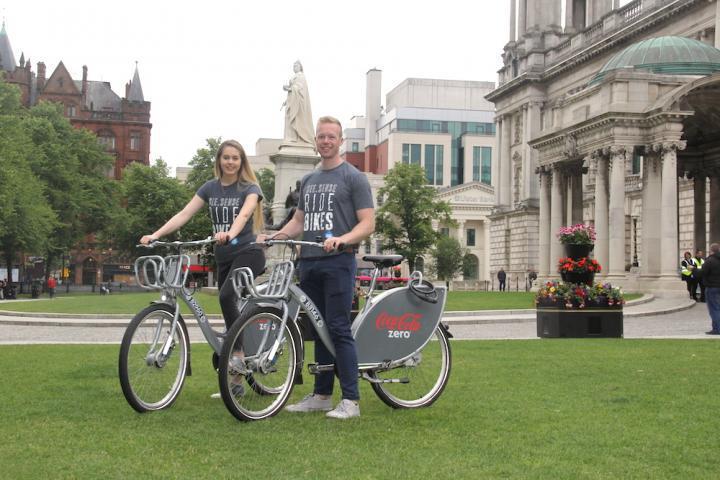 Data collected from devices supplied by See.Sense will inform city authorities on where infrastructure is needed
by Simon_MacMichael

Sensors developed by Northern Ireland-based company See.Sense are being used by the Belfast Bikes public hire bike scheme to track journeys and help improve the safety of riders by highlighting where infrastructure is most needed.

A 12-month trial of the technology, the same as that used in See.Sense’s award-winning Icon rear light, began last month and will see 200 of the scheme’s nearly 600 bikes fitted with the sensors, reports BBC News.

Around four in 10 of bikes belonging to the scheme are reportedly out of service at any time due to vandalism or because of maintenance, and the sensors are also aimed at combating theft.

The initiative is a collaboration between Belfast City Council, BT, the University of Bristol, Queen’s University Belfast and See.Sense.

“Our city bike offering is innovative on two fronts,” he explained. “Firstly, our patent-pending use of sensor technology allows us to collect never-before-seen data from bikes, including road surface and near-miss events.

“Secondly, our ability to communicate this data in a very low power way from the bike is also unique – requiring only the power generated from the bike’s own dynamo.

“This is a huge leap in city bike technology, and it also has the benefit of allowing a city to rapidly deploy a low-cost sensor network.”

The sensor provides another example of how data from cyclists can be used to help city planners decide where improvements in infrastructure is needed, similar to Strava Metro.

Mr McAleese claimed however that see-sense had an advantage over using apps, saying: “The benefit of the technology from the cyclist viewpoint is that they do not need to fuss with apps or other devices to contribute data to their city.

“They simply hop on the city bike and ride in the knowledge that they are helping their city with their anonymised data from the crowd.”

The company’s co-founder, Irene McAleese, said: “Many cities around the world aspire to increase cycling participation to tackle the growing problems of congestion, pollution, as well as increase the health of their citizens,” she said.

“But there’s currently a real lack of meaningful data in cycling, so our aim with this pilot is to provide useful data to reduce those barriers to cycling, particularly around safety.

“Better data will also help to make cycling more visible to politicians,” she added, “and by helping to connect cycling we allow cities to take adaptive, data-driven real-time decisions, which will help integrate cycling into future mobility solutions for the city.”

Nuala McAllister, Lord Mayor of Belfast, told the BBC: "We are delighted to collaborate on this world-first pilot project.

"It allows us to access innovative technology for the collection and analysis of data, which can be applied to make cycling safer and more enjoyable for everyone in our city."