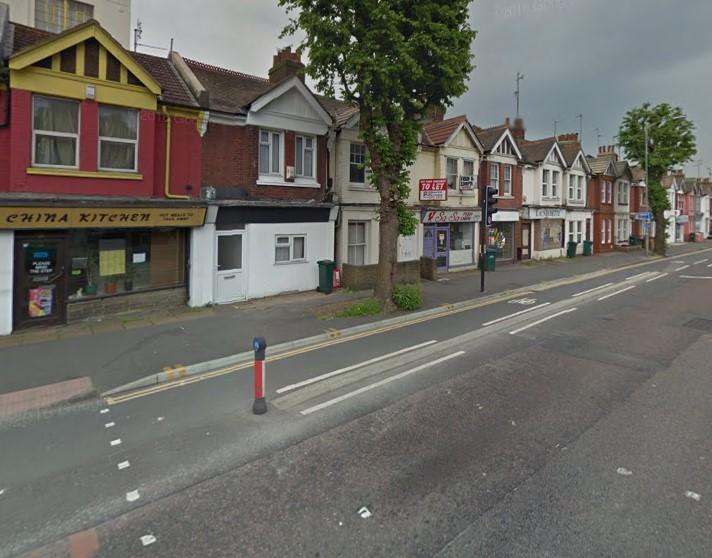 Victim was manoeuvring to avoid parked cars
by Alex Bowden

A cyclist who broke his pelvis and elbow after crashing on Lewes Road, Brighton, has blamed an unnecessary kerb for the incident. However, the council says it is not difficult to see and has suggested that inconsiderate parking may have contributed to the fall.

The Argus reports that cycle lanes were added to Lewes Road in 2014, although changes were subsequently made to Vogue Gyratory’s northbound junction due to issues with “hidden kerbs”.

Robert Parr hit a low kerb in November while attempting to re-enter the cycle lane at Coombe Terrace while avoiding parked cars blocking his way.

“That particular kerb, I don’t see it serves any useful purpose and I don’t think they should have put it in if they had really considered it. Much of what the council has done for cyclists has been good but that kerb is obsolete.”

A council spokesman said: “It’s unlikely cyclists would generally regard this kerb as difficult to see. It is not near the kerb at the Vogue Gyratory which was quickly removed some years ago after reports of cycle accidents there.

“However we will make sure relevant transport managers are aware. We’re always concerned to hear of cycle accidents as we’re constantly working to make cycling safer and wish Mr Parr a full recovery.”

He added: “At this location it is likely there is much very short-term parking as people pop to shops. Unfortunately, it’s not possible for parking staff to be there all the time.”

Campaign group Bricycles has raised the issue of cycle lane kerbs with the city council. They said while improvements had been made, this kerb and other “low visibility obstructions” were unlikely to be removed.

It added that inconsiderate parking blocking cycle lanes had not been “satisfactorily resolved” for more than 20 years.

Parking enforcement and CCTV monitoring of the site has reportedly been increased since the crash with 17 tickets issued in one evening.

The cycle lane is also to be marked with red surfacing and more double yellow lines, and missing bollards will be replaced.