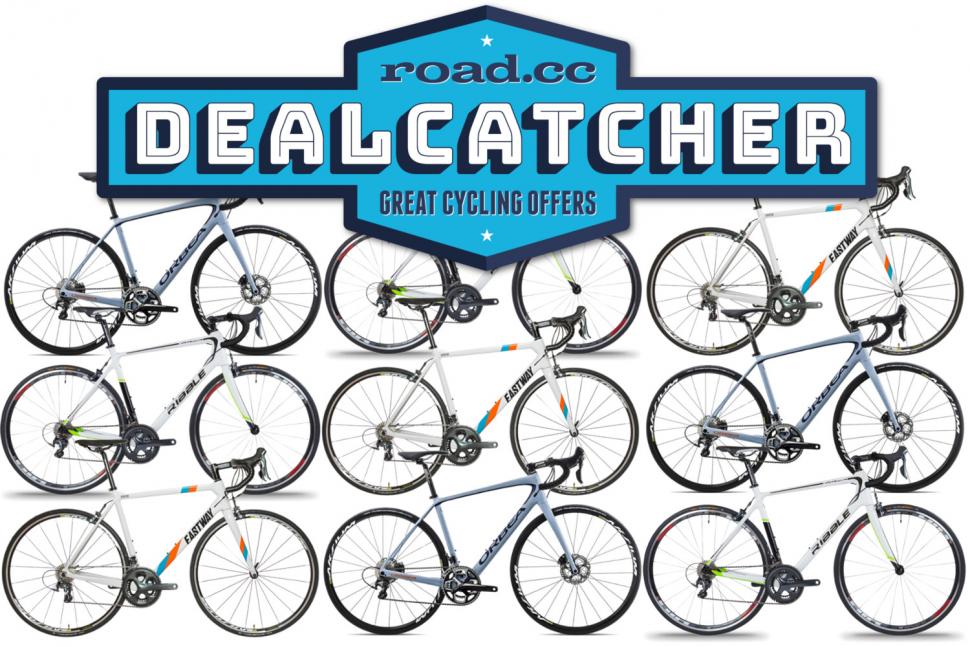 The DealCatcher's got bikes for you today. Three of them...
by Elliot Johnston

If you're in the market for a new set of wheels, you've come to the right DealCatcher today!

Following that the discounts keep going up. Starting with Orbea's Avant M20 Team Disc road bike which has had a hefty 34% of its asking price sliced away.

Finally the biggest of the day's discounts comes from Wiggle and Eastway's Emitter R4 road bike which has had a price-cut of 40%.

Ribble's entry-level carbon sportive bike is sitting here today as our top deal. Not because it's had the biggest discount, not because it has the most spectacular components.

It's sitting atop our list today because what Ribble's bike offers always represent is incredible value.

Orbea's 2017 Avant M20 Team has had plenty of praise from across the industry, and rightly so, by the looks of things.

Shimano's Ultegra 6800 groupset and Mavic's Aksium wheelset get things moving, while Shimano's RS805 disc brakes will keep things under control, no matter what the conditions.

The Avant range has had some pretty good feedback from road.cc. When we took the top level Avant M10D out for a spin our tech editor gave it an 8/10.

Our final deal of the day comes from Wiggle, and also sees today's biggest discount.

The R4 is an excellently affordable carbon racer. Shimano's Tiagra groupset also adorns the Emitter, while the the carbon frame also carries Mavic's Aksium wheelset and a Fizik Antares saddle.