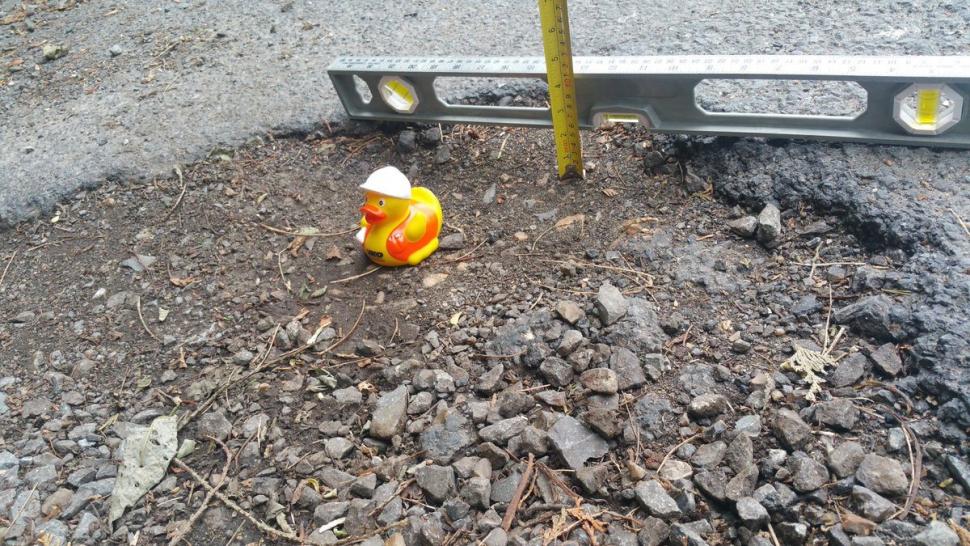 A cyclist has criticised Surrey County Council for their part in a lengthy battle for compensation after his bike was damaged when he hit a pothole in August 2015.

Get Surrey reports that Twitter user Barzi sustained minor injuries when he hit the pothole in Ockham Road North, Horsley. The impact also buckled his wheel and he put in a claim for £102 to cover the repair cost, but this was rejected.

"The county council said the defect wasn't there on the inspection a few weeks earlier, and at 30mm deep it was not a pothole in terms of legally accepted depths of 40mm or more."

Barzi submitted photos showing the pothole was around 55 to 60mm deep, yet his claim for compensation was still not accepted. The pothole was then repaired despite the council’s claims that it wasn’t deep enough to warrant the work.

The matter eventually went to court in June of this year. The council submitted only a written defence and the court found in the cyclist’s favour. With an increased repair fee and court costs, Surrey County Counil was told to pay £198 in compensation.

Barzi also submitted a complaint to the Information Commissioner's Office (ICO) regarding data allegedly withheld by the county council and is now awaiting judgement.

"The whole process has been stressful without a doubt, and I think the county council has made it harder than it should have been," he said. "I'm more aware of potholes now and report them – especially since the death of cyclist Ralph Brazier in Weybridge."

Brazier died in March last year after he was thrown from his bike when he hit a pothole on the A317. The coroner was critical of the local authority for taking a different approach to assessing risks posed by defects in cycle lanes to how it would treat faults on the main carriageway.

A county council spokesman said: "We take all claims very seriously and investigate them thoroughly and when it is clear that we are at fault we will pay reasonable compensation to the affected party.

"However, in this case we felt there was an arguable defence so we saw fit to let the court decide the outcome and provided them with all the relevant information."

He added: "In the last couple of years we have seen the amount of compensation we have paid out decreasing and this has been helped by our five-year Operation Horizon programme, which is rebuilding hundreds of miles of roads most in need of improvement.

"While we are pleased by this, we know there is still more to be done and are working very hard to address this."

Barzi is unimpressed with how his case was handled, however, and has invited cyclists who have been affected by potholes to get in touch via Get Surrey.

"I believe there are problems with the county council, in its recording of potholes and use of the section 58 defence. If anyone ever hits a pothole and their claim is turned down then they can let me know, and I can point them in the right direction."

Barzi now highlights Surrey road damage using Larry the rubber duck, who was provided to him by IKO PLC as part of their #NoMorePotholes campaign.

So many potholes in Fort Road Guildford that @SurreyCouncil need to repair before someone gets hurt on them. @mrpotholeuk #nomorepotholes pic.twitter.com/Pj5oTLL4kC