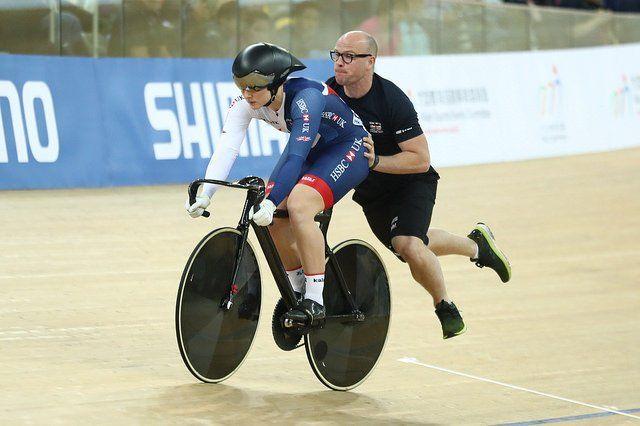 Stephen Park says despite pressure of independent review, they have shown an “incredibly high level of professionalism”
by Simon_MacMichael

Stephen Park, the new performance director of British Cycling, says he was impressed by the national team’s staff during last week’s UCI Track Cycling World Championships in Hong Kong, praising them for what he called an “incredibly high level of professionalism.”

Next month, the independent review panel’s report into the culture of British Cycling’s World Class Performance Programme, ordered by UK Sport following allegations of bullying and discrimination, is due to be published.

Park, quoted in the Daily Telegraph, acknowledged that the pressure caused by months of negative headlines about the organisation might have been expected to have got to the staff, but he found the opposite to be the case.

“It would've been not unexpected for them to come here a little bit reserved, a little bit reticent almost, bearing in mind the level of public criticism there's been of British Cycling over recent months,” he explained.

“But that's not what I've observed. I've observed a group of people who have absolutely committed to what they're doing, operated at incredibly high level of professionalism, have seemed to me to be absolutely willing to be held accountable for their own actions and have looked to support the riders at every step of the way, conscious that they're going to be measured on their performances, on their behaviour. And from start to finish they've delivered a classy job."

His comments follow a championships in which Great Britain won five medals, two of them gold – a comedown from the country’s dominance in the velodrome at Rio last summer, but not an unprecedented situation for a sport that relies on Olympic success to secure its funding.

The two gold medals came from Elinor Barker in the points race and Katie Archibald in the omnium. Barker also won silver medals in the scratch race and. Riding with Emily Nelson, the Madison, while Chris Latham was the only British man to secure a medal, winning bronze in the scratch race.

It was put to Park that the fact four of the country’s five medals in Hong Kong were secured by female riders might demonstrate that claims of sexism at the governing body raise by former track sprinter Jess Varnish and others were overblown.

“Of course there have been a number of reports and people have expressed opinions,” he replied. “And perhaps some of those opinions have been valid. But equally, we’ve also had a number of riders argue to the contrary.

Last week, Park said he would be happy for athletes to work with the Australian if they wished to do so.

"All I can say is from what I’ve observed, every single athlete, male or female, has been supported in the manner to try to give him or her the best chance of performing,” he added.