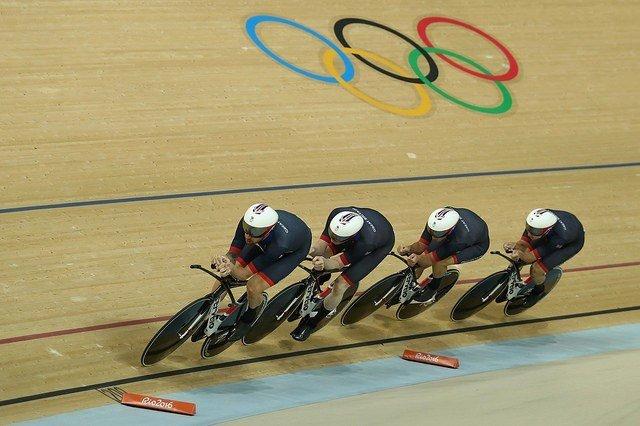 The new performance director of British Cycling, Stephen Park, says he has no problem with riders engaging Shane Sutton as a coach, should he make his services available to them, reports Telegraph Sport.

Sutton resigned his role as technical director for the Great Britain Cycling Team last April after allegations of bullying and discrimination were made against him by riders including track sprinter Jess Varnish and multiple Paralympic champion Darren Kenny.

While British Cycling has made it clear that there is no way the 59-year old can return to a formal role within the organisation, several riders sought advice from him ahead of the Rio Olympics and publicly credited him with helping them secure medals there last summer.

Speaking on yesterday’s opening day of the UCI Track Cycling World Championships in Hong Kong Park said he too would probably seek advice from Sutton too, since it would be "silly for me not to have some level of engagement with him" due to his "incredible track record."

As a coach, Sutton’s uncompromising style has alienated a number of riders, several of whom have gone public with their opinion including Varnish, her former team sprint partner Victoria Pendleton, and former World and Olympic road champion Nicole Cooke.

But equally, a number of riders including three-time Olympic team pursuit gold medallist Ed Clancy and Becky James, who won silver medals in the keirin and the individual sprint at Rio, have publicly backed him.

Asked whether riders would still be allowed to ask Sutton for advice, Park said: "I'm not specifying how they should or shouldn't run their individual programmes at this stage.

"Shane is clearly well respected for his coaching abilities and he's got an incredible track record.

“So, it would be silly for me not to have some level of engagement with him, if that's possible and he's willing to do that.”

But he acknowledged that some riders found it impossible to work with Sutton due to his approach, described as “old school” in the draft report of the independent review of British Cycling’s World Class Performance Programme.

"Whether other cyclists do or don't [consult Sutton], I suppose they'll work with their individual coaches. Nobody's saying that anybody should or shouldn't speak to any individual."

He added, however, that much might depend on what the final version of the report, now due to be published next month, has to say about Sutton, with a number of his public critics known to have given evidence to the independent review panel, set up by UK Sport following his departure last April.

"I suppose anything's possible. And I suspect that because of some of the issues raised there will be certain riders who would choose not to do that. That's fine too. Nobody's suggesting they should do one or the other.”

British Cycling recruited Park from the Royal Yachting Association, sailing’s governing body for Great Britain, where he headed its Olympic programme for 15 years and turned it into one of the nation’s most successful sports.

He drew a parallel between Sutton and his own situation, saying: "I fully expect there will be sailors on the phone or sending me messages or texts looking for input or support over the next few months. I certainly am not proposing to respond saying 'I'm sorry, I don't work with sailing any more, have a nice life'.

"People who are actively involved in Olympic sport and have spent years of their time in Olympic sport, generally, they're keen to support the development of athletes in their chosen sport, whatever that is.

“They've sacrificed a lot of their own lives to support those of others. I don't think that's just going to stop for Shane necessarily, as it [won't] for me,” he added.

After the Rio Olympics, Sutton applied for the vacant post of high performance director at Cycling Australia, but while he was shortlisted for the position, he missed out to former British Cycling coach Simon Jones.

Given his experience and the performances he has helped cyclists achieve on the road and the track, however, sooner rather than later a national governing body or professional team is likely to offer him a permanent role.

Park alluded to that when he said: "I think the thing that will probably change that most, I suspect, is as and when he's involved with a competing cycling team, where he probably will feel he's conflicted. And that would probably be the thing that would be the biggest trigger to move that on," he added.