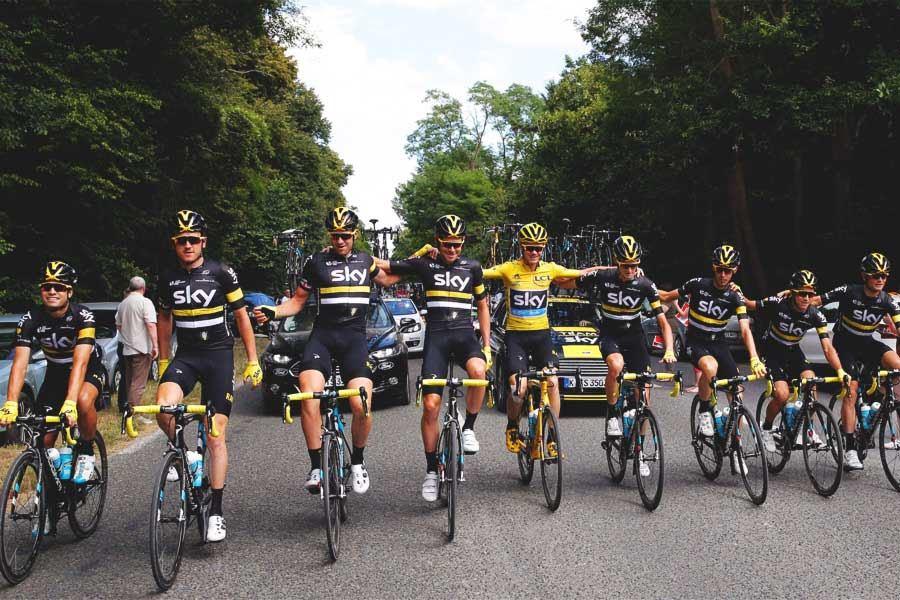 The co-founder and chief executive of Rapha has spoken of why the upmarket clothing brand’s sponsorship of Team Sky, which began in 2013, came to an end last December.

Established in 2004, the North London-based business was announced as Team Sky’s kit supplier in August 2012, when the team was still basking in the glow of Sir Bradley Wiggins victory at the Tour de France the previous month, the first by a British rider.

> Rapha to supply Team Sky's kit for next four years

Rapha boss Simon Mottram said at the time that the company, which took over the role from Adidas, shared Team Sky’s “passion for performance and team ethic,” and that it was “enthusiastic to inspire and engage a wider fan base around the globe.”

Over the following four seasons, three more Tour de France victories thanks to Chris Froome, and the team also enjoyed numerous successes in stage races including Paris-Nice and also won its first Monument last year through Wout Poels at Liège–Bastogne–Liège.

Yet a couple of months before the start of the 2016 season, Rapha and Team Sky announced that the sponsorship would not be renewed at the end of that year, and Italian brand Castelli now supplies the UCI WorldTour outfit.

No reasons were given at the time for the decision not to renew the deal, but Mottram has now given some insight into the background to it in an interview with City AM.

“We sold a lot of stuff, which made Team Sky some royalties and it was good for us,” he said.

However, he added: “The connection with cyclists and engagement and getting fans more connected with the sport never worked quite as well as we wanted.

“That was not a black mark, but disappointing.”

The announcement that the sponsorship would not be renewed came long before the controversies centred around Wiggins – whose own team Rapha still supplies – that have seen Team Sky investigated by UK Anti-doping and team principal Sir Dave Brailsford quizzed by a House of Commons select committee.

While some may view Rapha as having dodged a bullet in that respect, Mottram points out that scandal is nothing new in the world of cycling.

He said that negative headlines about the sport have not prevented Rapha, whose private equity backers are reportedly looking at appointing an investment bank to handle a sale of the business, from thriving.

“It’s been crisis after crisis after crisis,” he said. “And yet we’ve seen our sales grow dramatically. And through recessions as well. We’re doing incredibly well with a broken sport. Sort out the sport and we can do even better.”

He hinted at another reason the company may have decided not to carry on with its backing of Team Sky, saying: “The proportion of team kit wearers is less and less.”

He added: “It’s another sign that pro racing is a little bit broken. We don’t even want to wear the team kit. That’s not good, is it?”