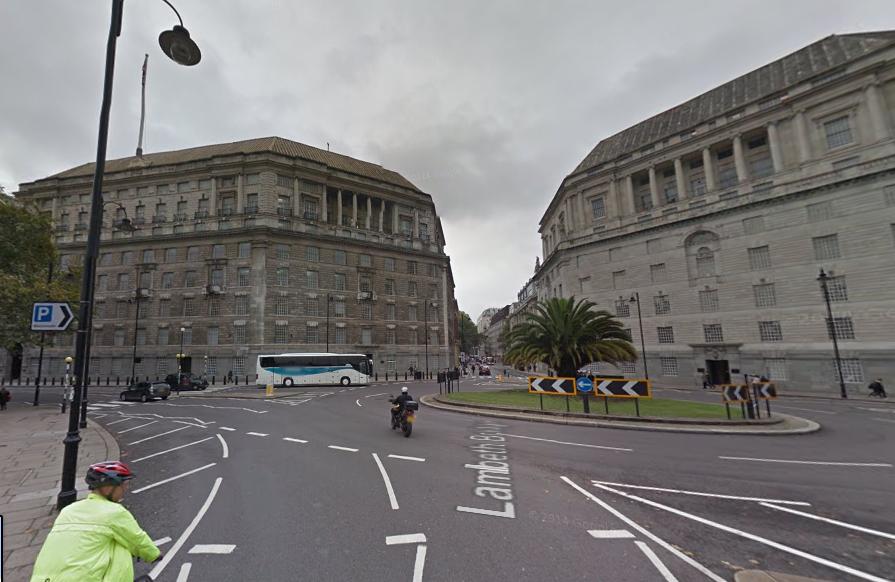 Witness who was cycling behind criticises road layout
by Alex Bowden

James Kwatia, the lorry driver who hit and killed cyclist Moira Gemmill on April 9 2015, has been found not guilty of causing her death by careless driving following a trial at the Old Bailey, reports The Independent.

Gemmill, aged 55, was crushed to death by a tipper lorry driven by Kwatia at a roundabout on Millbank at the north end of Lambeth Bridge.

According to research carried out by data analysts Mapmechanics, the junction was the scene of 53 incidents that resulted in a cyclist being killed or injured between 2009 and 2015 – more cycling casualties than anywhere else in Great Britain.

Prosecutor Mark Gadsden said Kwatia would have been able to see Gemmill in his mirrors for around eight seconds as he crossed the bridge from east to west, heading in the direction of Horseferry Road.

Gemmill was travelling in the same direction, but the cycle lane comes to an end near the roundabout. Footage showed her passing Kwatia's lorry to the nearside as they both approached the junction.

Gadsden said Kwatia had straddled two lanes on the bridge and should have continued to do so as he approached the roundabout, but he instead moved left, leaving Gemmill no room.

Kwatia told the court he did not feel his truck impact with Gemmill nor hear her scream.

The driver – who had undertaken a cycling awareness course just weeks before the incident – said he had been aware of cyclists on the bridge and had checked his mirrors as he came to the roundabout but hadn’t seen anyone.

Luke Healey, who had been cycling behind Gemmill, said he had hung back rather than cycling alongside the truck. He said there was a pinch point at the junction and that the road layout was ‘dodgy’.

Healey also said he had seen the same thing almost happen again in the same spot just weeks after Gemmill was hit.

Transport for London (TfL) was heavily criticised in December after it unveiled plans for a temporary redesign of the road layout around the roundabout ahead of launching a consultation over permanent changes.

The temporary plans had previously been rejected over concerns they increased conflict between cyclists and motor traffic.