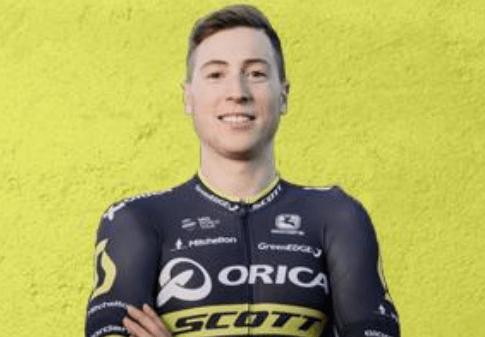 Orica-Scott rider Jens Keukeleire may miss most of the Spring Classics campaign after sustaining a suspected broken collarbone while training in Spain when he was hit by a motorist who was turning right – but police say it was the Belgian rider’s fault because he was undertaking the vehicle at the time.

According to the website Ciclo 21, the incident happened yesterday near Benidorm. Keukeleire, winner of a stage in last year’s Vuelta, had stayed in Spain for a training block in the past week or so after competing in the Volta a la Comunitat Valenciana and two one-day races earlier this month.

He told the website: "I was finishing what was to be my last training session in Spain before returning to Belgium tomorrow. I collided with a car that was making a right turn.”

The driver of the car remained with Keukeleire until paramedics and police arrived at the scene, and according to an initial police report is not being blamed for the incident.

Officers said that the crash was Keukeleire’s fault, since he undertaking the car with the driver correctly signalling his intention to turn right.

The 28-year-old, who joined the Australian WorldTour team in 2012, will have to undergo tests before it can be established whether or not his collarbone is indeed broken, but he fears the worst, saying “I had the same feeling last time I suffered a similar injury.”

He also sustained a facial wound and grazing to his arm and leg. Pictures on the Ciclo 21 site show that the crash destroyed the front wheel of his bike, and the website added that his helmet was completely broken.

The incident comes a little more than a year after a British pensioner driving in Spain drove into the Giant-Alpecin team while they were on a training ride, putting six riders in hospital including John Degenkolb.

As a result of his injuries, the German rider was unable to defend the Milan-San Remo and Paris-Roubaix titles he had won the previous year.

> Degenkolb and team out of hospital after Giant Alpecin crash