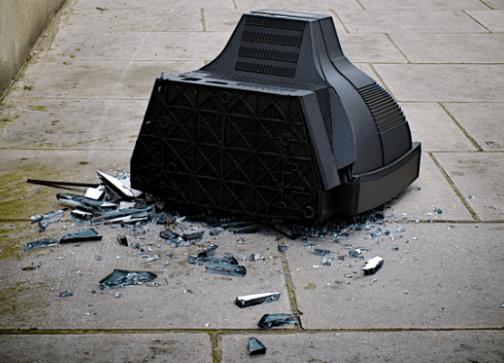 If you watch cycling on Eurosport through a Sky subscription, you may have to find a different way of viewing it to avoid missing some of the biggest races in the sport, including the Giro d’Italia, due to a dispute between the satellite TV provider and Discovery. The news, which could result in Sky subscribers being unable to watch Team Sky through the business that sponsors it,  comes as Eurosport reveals that it will be screening the Italian race exclusively live in the UK for the next four years.

Eurosport is one of 13 channels Discovery provides to Sky that could disappear from the platform by Wednesday 1 February as a result of an ongoing dispute between the two parties, reports marketing and media news outlet The Drum.

With Eurosport planning to show 200 days of live cycling during 2017, that could be bad news for Sky subscribers who watch races through it – but Discovery claims that while in the past decade, the satellite TV giant’s has been charging its customers more, the money it gets from Sky has gone down.

Managing director of Discovery Networks, Susanna Dinnage, said: “We believe Sky is using what we consider to be its dominant market position to further its own commercial interest over those of viewers and independent broadcasters.”

A spokesman for Sky, however, maintained that Discovery’s demands were “unrealistic.”

He said: “Despite our best efforts to reach a sensible agreement, we, like many other platforms and broadcasters across Europe, have found the price expectations for the Discovery portfolio to be completely unrealistic.

“Discovery’s portfolio of channels includes many which are linear-only where viewing is falling."

A social media campaign with the hashtage #KeepDiscovery has been launched by the business that is in dispute with Sky - with one image shared by Eurosport on Facebook showing John Degekolb at the moment he won Paris-Roubaix in 2015.

Last week, Eurosport announced that it had extended its existing deal with Giro d’Italia owner RCS Sport by four years through to the 2020 season.

Under the terms of the contract extension, Eurosport will have exclusive rights in the UK to RCS Sport’s races, which also include the Monuments Milan-San Remo and il Lombardia, and the week-long stage race, Tirreno-Adriatico.

Eurosport CEO, Peter Hutton, commented: “If you’re passionate about cycling, Eurosport remains the only place to be. Eurosport’s community of cycling fans is among the most loyal and committed you can find and they appreciate that Eurosport really is the Home of Cycling.

“We are proud to serve these fans and excited to offer them even more of the live action they love.

“While we’re proud of Eurosport’s great heritage in cycling, the exclusive and extended coverage of the Giro d’Italia, and additional races added to our calendar, demonstrates there is much more to come.”

He added: “In 2017, for the first time, Eurosport will show over 200 days of live cycling in a calendar year.”

While that may not be available through Sky, it should still be broadcast via Virgin Media, as well as on Eurosport Player – available on iOS and Android devices and online.

Discovery Networks boss Dinnage criticised Sky for prioritising investment in specific areas rather than the factual programming that Discovery – which also provides Sky with programming from channels such as Discovery History and Animal Planet – focuses on, saying that “pay television needs to be about more than just films and football.”

Coverage of the latter, and particularly the FA Premier League, has been used by Sky to as a major selling point to build its subscriber base ever since the earliest days of pay-TV in the UK in the 1990s.

Many believe though that its latest deal came at an inflated price and that it did not take into account people’s changing media consumption habits.

But viewing figures released in October showed that the number of people watching live games through Sky had fallen 20 per cent, with this article from the Guardian highlighting that for many, streaming matches or watching them in the pub is now seen as preferable to a costly Sky subscription.