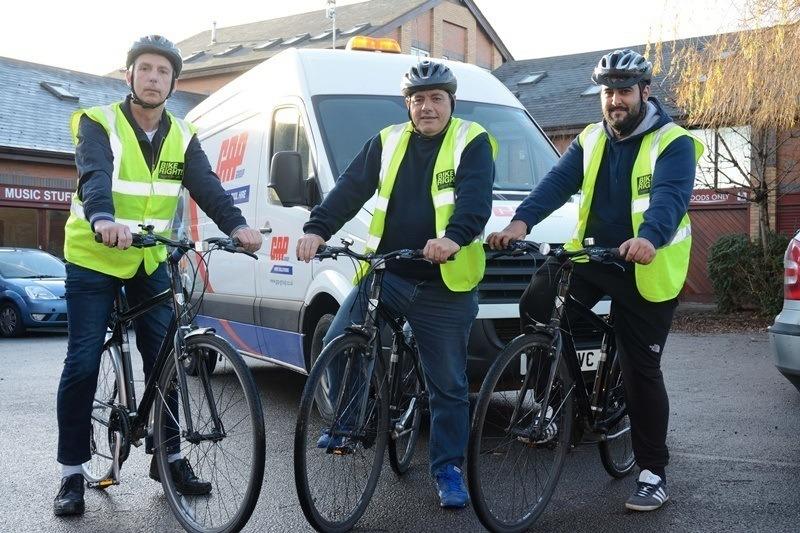 A new Transport for Greater Manchester (TfGM) course will see commercial drivers taking to the roads on bikes in a bid to become more aware of cyclists. Safe Urban Driver Lite, which complements existing LGV courses, is aimed at bus drivers, delivery drivers, and taxi and minibus drivers, as well as drivers of smaller lorries.

The half-day course is being run by cycle training organisation BikeRight!, who also run TfGM’s cycling course for LGV drivers.

Hundreds of lorry drivers made to ride bikes on London's roads

This will be reinforced with an on-road session guided by a BikeRight! Instructor which is intended to help drivers empathise with and have a better understanding of vulnerable road users.

“This course has been designed to respond to the needs of drivers who may be self-employed, work for smaller companies, drive non-LGV vehicles and are more likely to use city centre streets as part of their work routes.

“We have found from experience that courses aimed at LGV drivers have a positive impact on road safety, but not necessarily within city centres for the simple reason that LGVs are less prevalent in the city centre than smaller commercial vehicles. With Safe Urban Driving Lite we aim to rectify this situation, creating a safer environment for urban drivers and cyclists alike.”

“Over the last two years we’ve provided safe urban driver training to hundreds of LGV drivers and we’re pleased to extend the training to more people who drive for a living.

“We’ve set ambitious targets to increase the proportion of journeys made by walking and cycling and, as more people get on their bikes, we must continue to make the safety of everyone on our highways a priority.

“We’ve already delivered, and continue to work on, a range of infrastructure projects and activities which make cycling a more attractive and viable travel option and aim to reduce the number of incidents involving cyclists and vehicles.

“We’re also keen to encourage adoption of the CLOCS standard by freight and logistics operators to reduce accidents between larger vehicles and vulnerable road users such as cyclists.

“We’ll be considering changes to our own internal procurement processes to support this initiative further and will be discussing our approach with other public sector organisations.”