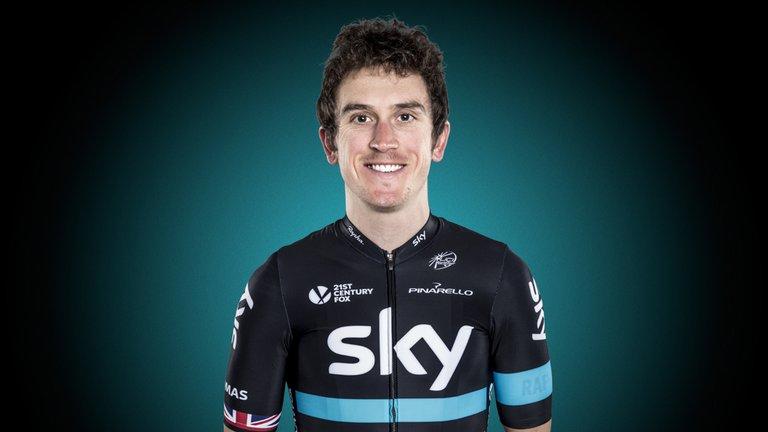 Welsh rider who won road gold in Glasgow won't be on Gold Coast in 2018 due to Team Sky schedule...
by Simon_MacMichael

Team Sky rider Geraint Thomas has said he won’t defend his Commonwealth Games road title on Australia’s Gold Coast in 2018 because of commitments with Team Sky.

In August 2014, sporting the colours of his native Wales, the 30-year-old survived a late puncture in Glasgow to take the gold medal in Glasgow with after a solo attack.

> Thomas wins Paris-Nice - but Contador pushes him all the way

But with the next Games taking place in April 2018, his schedule with the British WorldTour outfit, with whom he won this year’s Paris-Nice, means he will have to give the event a miss.

Fellow Welshmen Luke Rowe and Owain Doull are part of Team Sky’s squad for the cobbled classics and as a result would be unavailable for selection.

Thomas, who also won time trial bronze in Glasgow, told BBC Wales Sport: "Unfortunately I think the three of us will be out of it.

"Where they fall in April is the wrong time for us. Luke and Owain will still have the cobblestone classics in Belgium, which will be their main target.

"At the end of the day, Team Sky pay us to race bikes for them and we've got to do what they say. Especially as it's in Australia, it's not like you can fly in and out over a weekend."

The absence of the trio means some of the likely top contenders for the men’s road race will be missing – but so too, of course, will leading riders from other countries with the European season in full swing.

Wales won five gold medals in cycling in Glasgow, with Elinor Barker taking silver in the points race and bronze in the scratch race, and Matt Ellis and pilot Ieuan Williams claiming bronze in the men’s tandem B kilo time trial.

With the 2018 Commonwealth Games coming at the end of the track season, however, there will be hopes for medals from the likes of Olympic Team Pursuit champion Barker and from Becky James, winner of silver medals in the individual sprint and the keirin in Rio.

Thomas added: "In cycling you hardly get a chance to race for Wales so every chance you do get is amazing and you want to make the most of it.

"To come away with two medals and win the road race was unbelievable, and something I'll always consider one of my biggest victories."