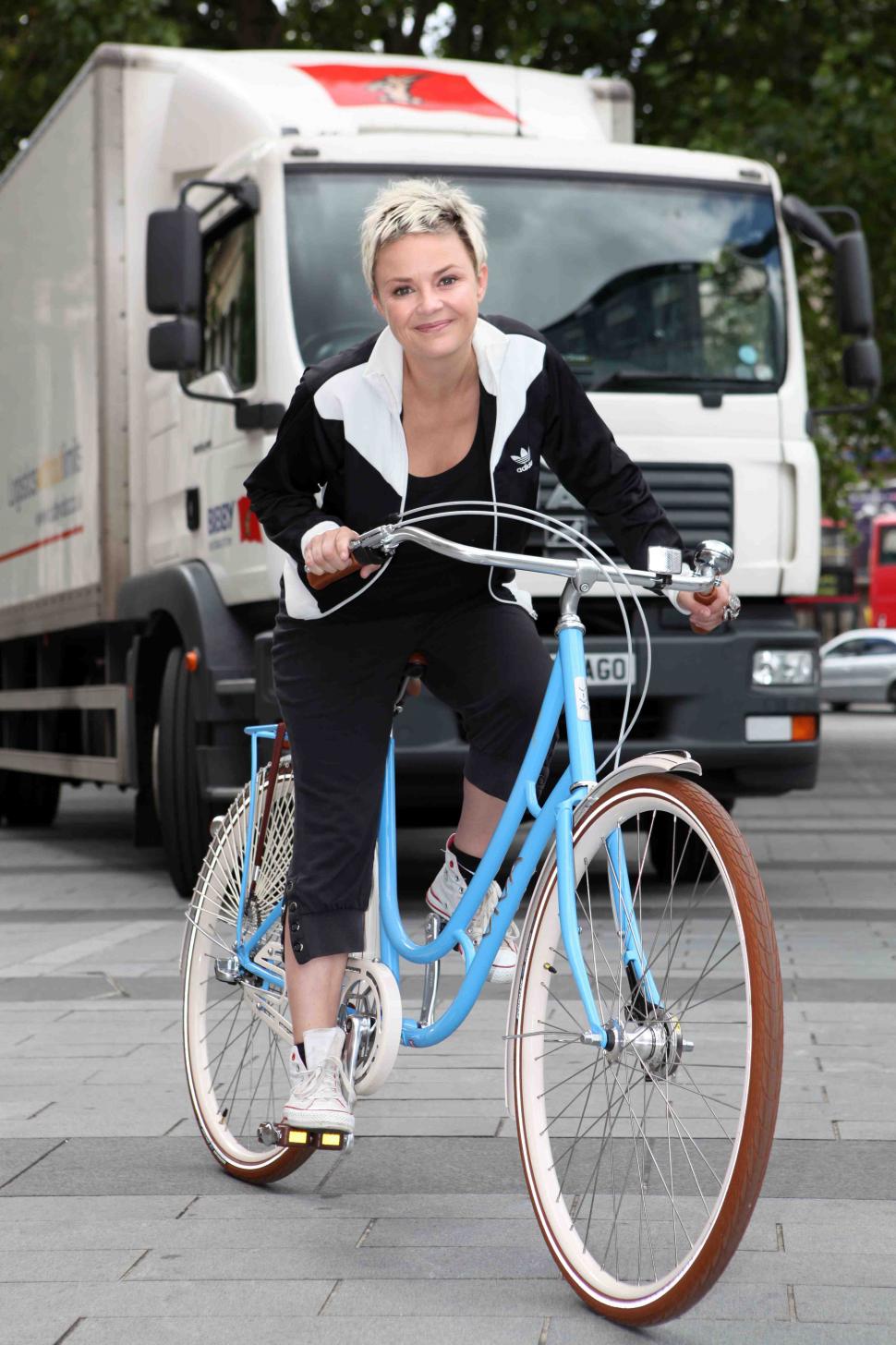 A firm of solicitors specialising in personal injury claims that numbers CTC among its clients has launched a campaign backed by the national cyclists’ organisation that aims to increase understanding between bike riders and HGV drivers.

Fronted by television personality Gail Porter, herself a keen cyclist, the initiative, called 2 Way Street, seeks to ensure that HGV drivers are given cycle awareness training and that cyclists are likewise encouraged to take classes to learn how to cope with the hazards of busy urban roads. It also calls for increased investment in road design to ensure that the safety of cyclists is taken into account.

According to the firm, with an average of eight cyclists killed in London by lorries each year in London, and 28 fatalities nationally, seven in ten of them on urban roads, the initiative is timely one, particularly given the recent launch of the Barclays Cycle Hire Scheme in the capital, which aims to create an additional 40,000 trips by bicycle in the city each day.

Personal injury specialists Paul Kitson said: "The launch of Boris Johnson's Barclay Cycle Hire scheme in central London is even more of reason to draw attention to the relationship between cyclists and HGV drivers in urban areas, and call for positive change.”

He continued: "All adult cyclists across the UK should have access to national standards cycle training, so that they have the confidence and skills to cycle safely on today's busy urban roads.”

Th campaign has been drawn up following a survey commissioned by the law firm of 1,000 cyclists and the same number of HGV drivers which found that nearly three in four of HGV drivers said cyclists should undertake mandatory training, with a similar proportion saying that they were more worried about sharing roads with cyclists than any other road user and just over half stating that there should be more cycle lanes.

Meanwhile, nearly every cyclist surveyed – a thumping 98% - said that they don’t feel safe on the road all of the time, and more one in three said that they felt lorries posed a significant threat to them while cycling on the road.

Mr Kitson added: "The 2 Way Street survey has explored, for the first time ever, the relationship between cyclists and lorry drivers and most importantly we now have proof that both parties want more or less the same things so they can share happily the same roads."

The campaign is also being backed by the Chartered Institute of Logistics and Transport, whose spokesperson Rinku Grewal said: “Roads are busy places and people are usually intent on getting to their destinations with as little inconvenience to themselves as possible. Hazards for all users arise when individuals have less regard than they perhaps ought to have for other road users. In particular, vehicles which are larger and heavier pose much greater potential threat to those who are more exposed to the environment through which they are travelling, that is to say walkers and cycle users. It is incumbent on all road users to have as their first regard the safety of fellow travellers."

Chris Peck, campaigns co-ordinator at CTC, added: “The health benefits of cycling far outweigh its risks by 10:1, so not cycling is actually far more dangerous. But, crashes involving lorry drivers account for a high proportion of cyclists’ deaths. Per mile travelled in urban areas, HGVs are over 20 times more likely to be involved in the death of a cyclist, than a car or light van.”

He continued: “To improve the situation, CTC would like to see: cycle awareness training for all HGV drivers and access to national standards cycle training; An improvement in the design of HGVs to eliminate blind spots; the adoption of side guards and side indicator repeaters on all HGVs; the restriction of lorries on narrow streets and urban areas and more investment in cycle friendly road design, including quality cycle lanes in the correct places.”

Mr Peck concluded: “If a CTC member does have a crash they can access legal advice through the CTC Accident Line, which is operated by Russell Jones & Walker.”