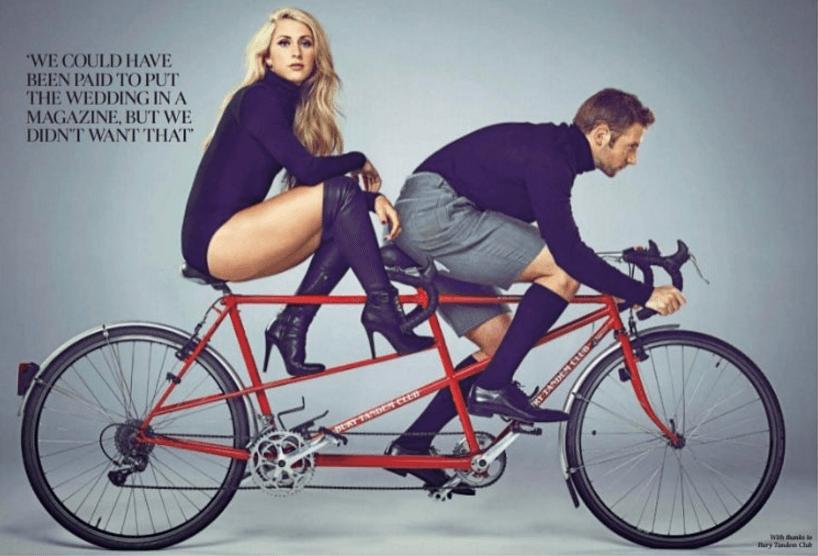 The unassuming Mr Kenny wasn't very welcoming, it turns out. He blames being "bad at first impressions" for the snub...
by Elliot Johnston

The most decorated British Olympic couple of all-time revealed that the early days of their relationship were wrought with social awkwardness in a joint interview on daytime talk show Loose Women last week.

Jason and Laura Kenny were on the show to discuss the release of their book, 'Laura Trott & Jason Kenny: The Inside Track,' which was released today. On this publicity tour the pair has also paid a visit to the Times Magazine, which also included a photo shoot from which Mrs Trott has been posting the photos to her social media pages.

I would say I promise this is the last one .. but it probably wont be @JasonKenny107 pic.twitter.com/7qI51S7lmk

Mrs Kenny - as she has decided to be known for every day purposes (but interestingly not marketing purposes) - told the show's panel that her husband was more interested in his cup of coffee than introducing himself to his future wife on her first day at British Cycling.

"I moved up to Manchester when I was 18 to be part of the Great Britain program," Laura Kenny said. "And everyone was really friendly. I walked in to the mechanics and everyone was like 'morning, morning' and because I was new I was just like 'oh okay, hi' but not really talking to anybody.

"Then Sir Chris comes up to you and says 'I'm sir Chris Hoy,' and you're like 'ah,' starstruck, because he's like a legend in our sport."

Then she moved on to describe how Jason was on that first day.

"And then Jason just sat there drinking a cup of coffee... nothing."

In the interview the four-time Olympic gold medalist said that the first time she learnt about her husband-to-be was in a magazine. Mrs Kenny said that she'd spotted Jason in a magazine follow-up from the Beijing Olympics which she said listed him at number six of the best "people of that year".

The Essex-born star then said that other than noting that he was the same age as she would go on to be at the London Olympics when he competed in Beijing, she "didn't think much of it."

Just going to clutter your feed with photos from this shoot...

It all worked out in the end, though. At the following world championships, Laura says that after losing her headphones she borrowed Jason's without telling him and proceeded to break them.

Telling him about the headphones, Laura says, was the ice breaker that sparked their romance.

During the interview the pair also revealed that Olympic cyclists aren't allowed to hoover or stand up for too long; and that they've also got to be careful when taking the tube in case they don't get a seat.

It's tough being a cyclist, eh?

You can watch the full interview below:

1
Don't mess it up! As warm weekend looms, cyclists reminded to ride responsibly
2
Could our Tour de France on Zwift April Fools joke become a reality?
3
Ribble releases Endurance Ti Disc road bike
4
Cycling dos and don'ts in a time of pandemic – how to be a responsible cyclist
5
We asked you how coronavirus had changed your cycling habits and the response was overwhelming – here’s what you told us
6
Campaigners call for reversal of Richmond Park cycling ban – and so does Jeremy Vine
7
“This does not constitute your daily exercise,” police tell cyclist stopped on M60
8
Factor updates O2 road bike