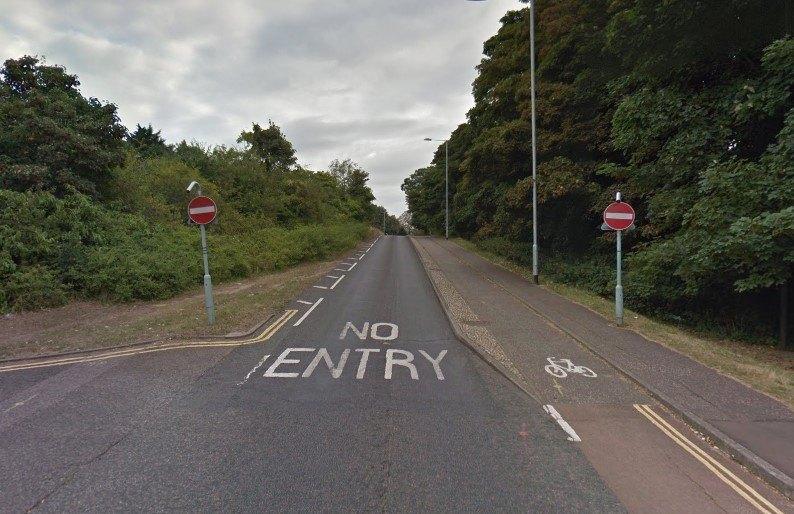 A11 slip road in Norwich (via StreetView).jpg

A Norwich teacher who conducts cycling proficiency lessons at his primary school has lost his appeal against a conviction for cycling without due care and attention. Neil Barwick cycled the wrong way down a Norwich slip road into an oncoming car at around 7.40am on January 7.

The Eastern Daily Press reports that Barwick cycled against the traffic flow down a slip road leading from Bluebell Road onto the A11/Newmarket Road while on his way to work at Cringleford Primary School.

He was involved in a collision with a green Nissan Almera driven by Josine van den Berg. Conditions were dark and rainy and van den Berg was driving with her headlights on.

Barwick claimed he was crossing the slip road from one side to the other and the car ran into the side of him.

Van den Berg said he hit her head on and went over the top of the car. She said his head had come through her windscreen.

The car was written off because of damage to its bumper, bonnet, windscreen and a light.

Barwick sustained a number of injuries including to his back and neck. After the collision, Van den Berg stopped and called an ambulance.

At an August appearance at Norwich Magistrates’ Court, district judge Paul Watson concluded that the evidence – including the damage to the bike and the position in which Barwick ended up – pointed to a head-on rather than a side-on collision.

He said: “It seems to me inconceivable that the collision took place as you suggested. No reasonable cyclist would have cycled that way, therefore I find you guilty.”

His appeal was heard at Norwich Crown Court this week and the case was dismissed by Judge Anthony Bate. He said he felt magistrates had come to the right conclusion and ordered Barwick pay £650 costs of the appeal.

Subscribe
Norwich
cycling without due care and attention
Neil Barwick