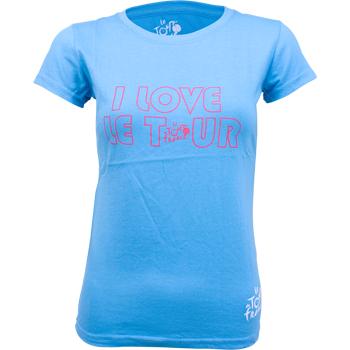 Oh-là-là! French public falls out of love with Le Tour

Can local success rekindle the flame, or do drugs scandals mark end of the affair?
by Simon_MacMichael

With six stage victories by home riders so far in this year’s Tour de France and Anthony Charteau and Christophe Moreau set to lock horns on the way up to the Tourmalet tomorrow to decide who is this year’s King of the Mountains, you could be forgiven for thinking that French cycling is experiencing something of a revival, but a recent poll suggests that public support for the race is in terminal decline.

You have to go back to 1990 to find the last time that French riders won that number of stages in cycling’s biggest race and it’s been six years since a Frenchman won a jersey of any description, with Richard Virenque picking up the mountains classification in 2004.

French success in the race, therefore, is overdue. But much like the abusive husband in the Juliette Binoche film Chocolat who cleans up his act only after any prospect of his wife returning home has long since passed, it may well have come too late. France, it appears, has fallen out of love with Le Tour.

As this year’s 97th edition of the race started in The Netherlands, the Bordeaux-based newspaper Sud Ouest published the results of a poll it had commissioned which found that the proportion of the French population who professed to love the Tour had fallen to 44%, down from 52% three years ago.

Indeed, with 59% of the country saying they loved the Tour in 1964, the decline in support in the past three years exceeds that seen in the whole of the previous four decades.

The lack of French success no doubt has something to do with the decline in support for the race – the last Frenchman to top the Champs-Elysées podium was Bernard Hinault in 1985, and the last to secure a top three placing was Richard Virenque in 1997.

Virenque and Laurent Jalabert dominated the mountains classification from 1994 to 2004, and Jaja picked up the green jersey in 1992 and 1995, but other than that it’s been slim pickings for the French in the Tour, with the last quarter century seeing two, perhaps three home stage wins in a typical year.

That’s certainly reflected in the breakdown of the survey’s results by age. The older generations, those who remember the great French champions of the 1960s through to the 1980s – Jacques Anquetil, Bernard Thévenet, Bernard Hinault and Laurent Fignon, plus of course Raymond Poulidor, who never won La Grande Boucle but stood on the podium eight times – still show high levels of affection for the race, with more than two or three saying they love it.

But among younger generations, who have grown up in an era of multiple TV channels, computer games and the internet, support plummets to a little over one in four, highlighting that while the international appeal of the Tour may never have been higher, the ever increasing number of foreign teams and riders have failed to engage the younger French public.

Perhaps more worryingly, researchers found that the biggest negative factor on public affection for the race has come as a result of the doping scandals that have engulfed the race ever since the Festina Affair broke in the early days of the 1998 Tour.

That led to Virenque, a member of the Festina team, being thrown off the race together with his fellow riders – he’d subsequently be banned for nine months, which almost certainly denied him the chance to add to his record seven King of the Mountains titles. Jalabert, meanwhile, withdrew from the 1998 Tour after the enquiry widened to include his ONCE team.

The nadir, of course, was reached in 2006 when Floyd Landis became the first, and so far sole, rider to have won the Tour de France only to be later stripped of the yellow jersey after it emerged he’d failed a drugs test.

True, the 2007 and 2008 Tours produced their own drugs scandals involving the likes of Alexander Vinokourov and Riccardo Riccò. However, last year’s race saw a single positive test – the Euskaltel-Euskadi rider Miguel Astarloza – and so far this year, the Tour itself has been scandal-free, despite Landis’s allegations against Lance Armstrong, and news that Alessandro Petacchi is under investigation in Italy.

Whether the absence of positive drugs tests together with the six French stage victories so far this year and the fact that a Frenchman is set to win the polka dot jersey will help rekindle the French love affair with the race remains to be seen.

However, even now, 12 years on, there’s a prospect of the Festina Affair continuing to cast its shadow, should Moreau, taking part in his final Tour de France at the age of 39, prevail over Charteau tomorrow; now riding for Caisse d’Epargne, in 1998 he was a member of that infamous Festina team and unlike Virenque, confessed to EPO use after he was confronted by investigators, receiving a six-month ban as a result.