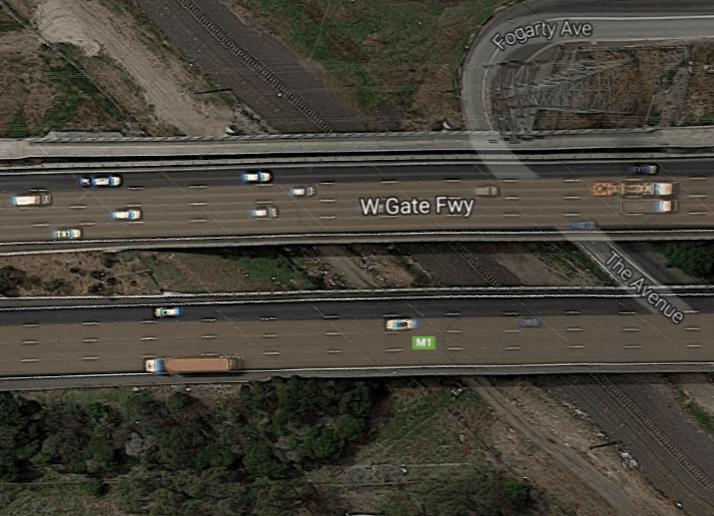 Cyclist who campaigned for infrastructure says it would be "crazy" to remove it...
by Simon_MacMichael

A £3 million cycle bridge across a railway line in Melbourne, Australia, faces demolition just two years after it was opened – so a freeway can be widened.

The bridge, which crosses a freight railway line at Brooklyn in the Victorian capital’s western suburbs, forms part of the Federation Trail, which runs 23km from Werribee to Brooklyn, which lies 10km west of the city centre.

At 124 metres long, it runs alongside the West Gate Freeway, but with that road set to be widened from eight to 12 lanes – according to Melbourne newspaper The Age, without public debate before the plans were approved – the bridge looks set to be scrapped.

When it opened in November 2014 Adam Maguire, regional director at highways agency VicRoads, said: “The extension of Federation Trail supports the growing cycling culture by improving accessibility and reliability for cyclists travelling between Werribee, Hoppers Crossing, Laverton, Brooklyn and Yarraville.”

It is unclear at the moment what infrastructure for cyclists would replace the structure, nicknamed the “Brooklyn Bridge,” but one cycling campaigner, Jennifer Williams, told the newspaper it was “farcical” that it could be demolished.

Ms Williams, who is a member of the Baywest Bicycle Users Group which campaigned for the bridge, said that previously "there was no way to get over all of the freight lines" and that cyclists had to share alternative routes with lorries.

"It's crazy,” she said. “It's finally been built so we can avoid all that."

The Victorian government's Western Distributor Authority would not be drawn on whether the bridge would be demolished, with spokesman Jim Carden saying that "The final construction methodology and exact engineering solutions will not be known” until a tender process has been completed.

The chief executive of cycling lobby group Bicycle Network, Craig Edwards, said however that ultimately removal of the bridge could be a positive move for riders since it could allow the Federation Trail to continue into the centre of Melbourne.

He said: "The development of the Federation Trail has been ongoing for decades and we will finally see it link to the city. The trail's vision of connecting Werribee to Melbourne will finally be realised."

1
Win an amazing 3T Exploro GRX Pro bike worth €4000!
2
‘Tempting’ – Sunday Times columnist Rod Liddle on stretching piano wire across road to target cyclists
3
Government to issue half a million £50 repair vouchers to get neglected bikes back on the road
4
Bishop fractures skull after being doored while cycling - but says he should have worn his helmet
5
Police refer themselves to watchdog after cyclist is seriously injured in collision with suspected drug driver
6
Durham cyclist kicked off bike by motorcyclist
7
RideLondon cancelled - all entrants to receive full refund
8
Mavic: 'Well-known' ex-pro cyclists reportedly involved in rescue bid for iconic brand