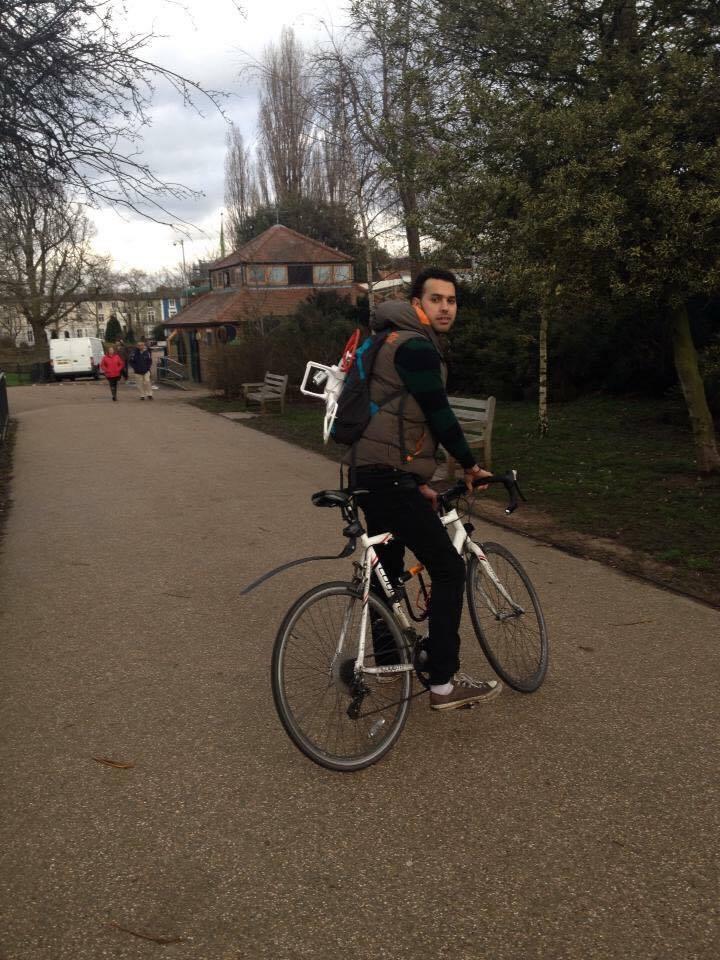 Amine Khadiry with his retrieved bike

Man gets stolen bike back in police sting operation

A cyclist has successfully retrieved his stolen bike in a police sting operation after finding it for sale on Gumtree days after it was taken from his home.

Amine Khadiry’s Coyote Big Sur road bike was stolen from the hallway of his home in Archway, North London, on 22 June, and he discovered it missing the morning of the EU referendum.

He went in person to his local police station to report the theft, and set about searching for the bike online, on Ebay and Gumtree.

Khadiry told road.cc: “I had a feeling that I was going to get it back, so I just didn’t give up. My bike’s very easily distinguishable; the colour, the stickers, because most of the things, I have done them myself.”

After checking online several times a day, he spotted it on Gumtree three days later. He immediately contacted the seller.

“I got in touch with the guy, told him I’m interested. Suggested we meet in an hour, 5.30pm. Right after that I called the police, told them I found my bike, [asked them] ‘what do you advise me to do?’”

The police suggested he meet the seller, but told him not to take any risks with his own safety.

It was a 15 minute walk from Khadiry’s home, but when he arrived alone, he changed his mind about going in.

“I passed by the post code he gave,” he said.

“It was a one-way road, I didn’t feel comfortable with that - it was very empty and if something happened you couldn’t call for help.”

He called the police from a main road, telling them “the place looks very dodgy to me.”

After confirming he was certain the bike was his, the police said they would be with him in 50 minutes. 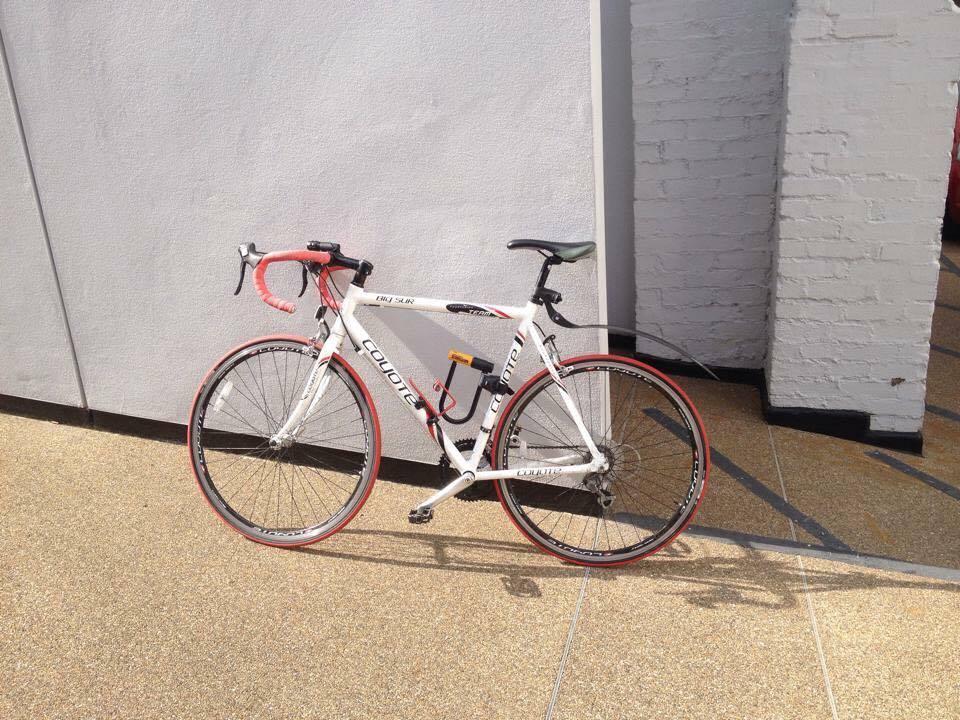 Khadiry had had the foresight to tell the seller he lived in a different area of the city, partly so he didn’t guess it was his bike. This allowed him to explain the delay with the excuse he had forgotten his travel card and was travelling on foot.

However, in half an hour he received a call from the police saying they’d be there in five minutes, arriving in a marked car, and he was to make himself known to them when they arrived.

Things moved quickly from then.

Says Khadiry: “We went to the address; I found another police car waiting there. It was like a movie.”

Khadiry waited in the car, and called the man back to get his full address, in a tower block of council flats. By now the seller was getting impatient.

“The guy called me back, asked ‘where are you?’”

“The police said: ‘you can start making your way up there’. I knocked on the door and a cop answered the door - they were already there.”

“They were very efficient. I found my bike outside the flat, three of them went inside searching for other things, they were searching for his phone to see what kind of messages he was receiving.”

The man was in the flat with his wife and two children, at which point Khadiry decided not to prosecute.

“It was a bit of a sad story. At the end I was going to forgive him.”

However, police advised him against that.

“[The officer] said he wouldn’t recommend that because the guy does these things quite a lot and if you forgive him he would do it again and again and someone else will be a victim.”

Khadiry decided to make a statement and press charges.

Road.cc understands from Khadiry that the suspect is now awaiting sentencing, although we have not been able to confirm this with the Metropolitan Police.

The Met Police say around 20,000 bikes are reported stolen in London each year. They offer ten recommendations to keep your bike secure:

3.     Use locks of gold 'Sold Secure' standard. Also, use two different types of lock, with at least one being a high quality D-lock. It takes thieves a few seconds to cut through poor quality locks - make it as difficult for them as possible.

4.     Lock the frame and both wheels to the cycle parking stand.

5.     Make the locks and bike hard to manoeuvre. Secure your bike as close to the stand as possible.

6.     Take parts that are easy to remove with you. For example, saddles and wheels. Or use secure skewers, which can increase security by securing the bike's components to the frame permanently, making it difficult for thieves to steal parts such as saddle or wheels.

7.     Lock your bike at recognised secure cycle parking. It should be well lit and covered by CCTV.

8.     Take the same care to lock your bike securely at home. Bikes get stolen from communal hallways, gardens and sheds.

9.     Don't buy a stolen second-hand bike. Insist on proof of ownership and check the bike frame number at BikeRegister.

10. If your bike has been stolen, contact the police. Give them your frame number, BikeRegister number, photo and any other details.

·       For thefts from the railway, Tube, DLR and Tramlink stations, contact the British Transport Police