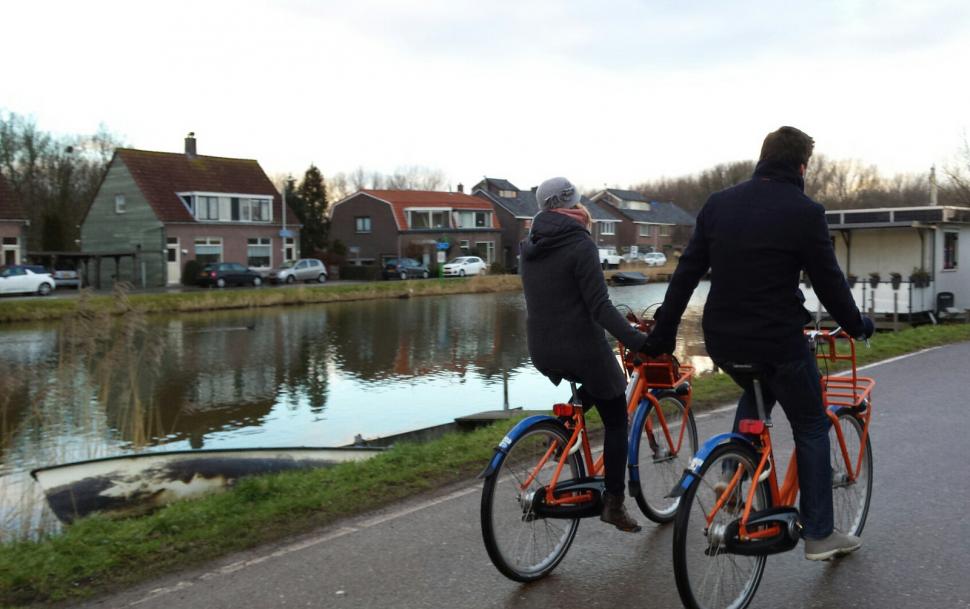 Couple cycling (licenced under CC BY 2.0 on Flickr by European Cyclists' Federation)

A 75-year-old Danish woman managed to take down a moped riding thief who stole her handbag - using only the power of her own pedals.

The pensioner took on a young man who pinched her bag from her bike as she cycled in Sønderborg.

She went after the thief, who was on a black moped and managed to catch up with him and snatch back her bag.

So hot was her pursuit that the thief unintentionally drove into a passing car, according to TVS. While the woman went after her belongings, the suspect ran away on foot.

Police are seeking the driving of a black car, possibly a Ford, for a witness statement.

The young robber is described as being of foreign appearance, 175 cm high and 18 to 20 years with quite short hair on the sides and with a wide Mohican hairstyle, head of security Ole Aamann said.

Back in 2014 we reported how a plain clothes police officer hopped on a bike at the Prudential RideLondon Freecycle event to chase down a man he believed had stolen it – and discovered he was already wanted for a previous bike theft.

The officer was one of a team of three from the Metropolitan Police Service’s Cycle Task Force who had been deployed in plain clothes at the event, which saw 60,000 cyclists of all ages ride on a closed road circuit in Central London.

They noticed a grey Trek SU2.0 hybrid bike that had been left by Canada Gate, the entrance to Green Park opposite Buckingham Palace, and believing it had been stolen and perhaps left there by a thief to collect later, kept a watch on it.

Two of the officers ran after him, while the third jumped on the bike to give chase. The man was arrested near Piccadilly and taken to a police station where officers learnt he was already wanted for bike theft. He was charged with two counts of theft of a pedal cycle and one of shoplifting.