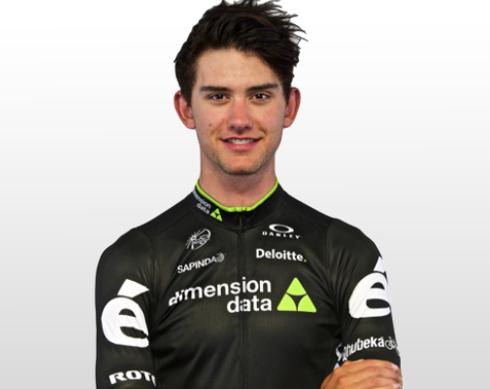 Family clarifies Keagan Girdlestone's condition after he was reported to have been killed at Italian race...
by Simon_MacMichael

The family of a young South African rider with Dimension Data’s development squad took to Facebook this evening to deny reports that he had been killed while racing in Italy today, saying that he is in hospital “in a critical but stable condition.”

Keagan Girdlestone, aged 19, was involved in a collision with his own team car during the under-23 race the Coppa della Pace in Emilia-Romagna and was taken to hospital in Rimini.

Some cycling websites in Italy and elsewhere incorrectly reported that he had lost his life, the news swiftly spread on social media.

A post on the Facebook page of his father Wayne, a former professional cyclist, confirmed those reports were incorrect. It read:

Keagan has been in an accident and is currently in theatre in a critical but stable condition. Your prayers for his strength and for him to continue fighting would be appreciated. What is on social media is not factual so please keep him in your prayers as he is a fighter. Thanks Helen.

A later post on the Dimension Data rider’s own Facebook page gave an update on his condition.

ADMIN POST: Keagan was involved in an accident today in Italy. He was critically injured, transported to hospital and undergone surgery.

He is now out of theatre and in recovery but still in a critical condition. Please keep the prayers going for Keagan and family.

Race director Raffaele Babini told Tuttobiciweb.it: “The incident happened when there were four laps to go.

“We’d ridden 105km, it was 4.20pm. The youngster had fallen on a descent and was trying hard to return to the group.

“It seems, according to an initial reconstruction, that near a hill, his team car braked sharply and the young man who was riding at full speed hit the back of the vehicle hard, crashing through the rear windscreen and sustaining serious facial injuries.

“I can’t say more because it is still being investigated by the relevant authorities,” he added.

The race was cancelled following the crash.

After the rider underwent surgery, ex-pro Robbie Hunter, Girdlestone’s agent and a family friend, told Tuttobici: “We need to be patient and hope that post-surgery goes well.

“I am in constant contact with the family and with the hospital in Rimini.

“I hope this tragic situation will have a happy outcome.

“I can only ask for everyone to be respectful. It’s a difficult time for all of us.”

Girdlestone, who rode for UC Nantes in France last year and is now based in Italy, had recently recovered from a broken scaphoid.

Today's incident is the latest in a season in which the safety of riders around vehicles following races has been under intense scrutiny.

In March, Wanty-Gobert rider Antoine Demoitié died from injuries sustained when he was hit by a motorbike after crashing at Gent-Wevelgem.

Lotto-Soudal's Stig Broeckx remains in a coma after he sustained serious head injuries when two motorcycles crashed at the Tour of Belgium. In March, he had been involved in another incident involving a moto at the one-day race Kuurne-Brussels-Kuurne.