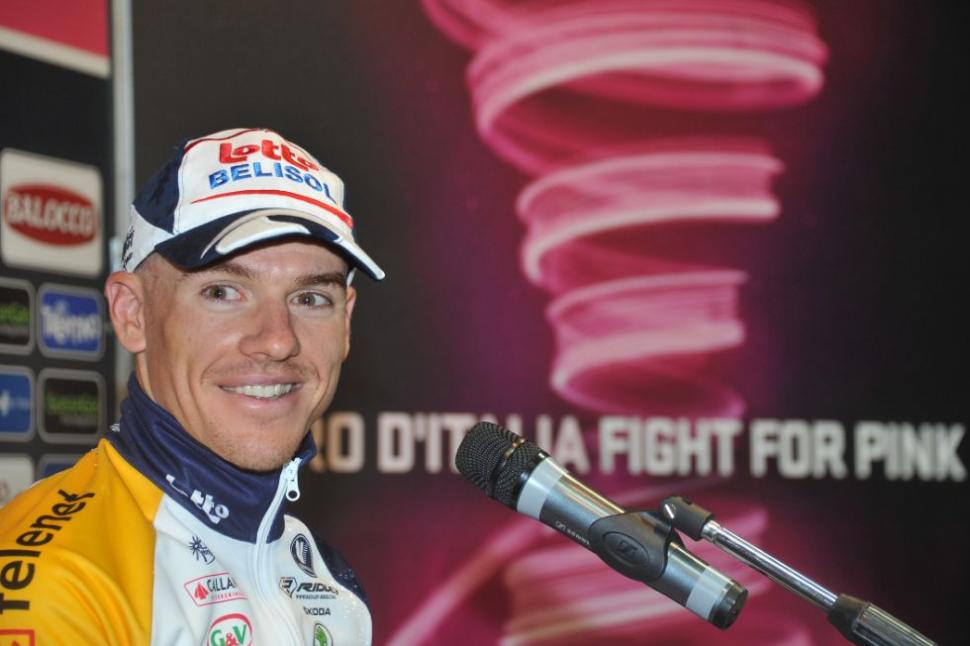 Lotto-Soudal's serial Grand Tour finisher and bespoke shoemaker has IT skillz too...
by Simon_MacMichael

Currently riding his 14th consecutive Grand Tour at the Giro d’Italia (he’s completed the previous 13, a record for any rider) and with a sideline in bespoke cycling shoes – he rides in his own creations – you could be forgiven for thinking that Lotto-Soudal’s Adam Hansen doesn’t have time for much else.

But you would be wrong. It turns out that the Australian rider is also a bit of an IT wizard (of Oz, if you will) and has designed a web-based app that professional cyclists’ association the CPA says will make it easier for its members to express their concerns over issues that arise during races.

Proposed by Hansen himself, the app will also help riders keep abreast of the latest communications from what is, in effect, their union, and is launched in a season during which there are several hot topics around – the UCI’s trial of disc brakes and the governing body’s adverse weather protocol among them.

Rather unsnappily called CPAOCS, or CPA Online Communication System if you’re not into the whole brevity thing, the organisation says that in particular, “it will be very useful to support the work of the CPA delegate during the WorldTour races, who will be able to collect in real time the opinions about important issues of the race from the peloton, such as in case of extreme weather conditions, or to communicate the decisions taken from the organiser.”

The association adds that “For the CPA it will also be an efficient way to make surveys on arguments that affect the riders such as the recent discussions about the use of disc brakes or safety issues.”

According to the CPA, the app will be available to 953 riders (500 WorldTour and 453 Professonal Continental), 41 teams in the top two tiers of the sport, 13 national rider associations and 11 of the organisations own delegates who attend WorldTour races.

CPA president Gianni Bugno said: "Since a long time we felt the need to communicate with the peloton in an easy and immediate way for big and small issues and when Adam proposed us this tool to make it happen, we were very happy.

“With the CPAOCS we can finally work close to the riders and show them all the work that the CPA does for the common good.

“We hope that this step will also prove to the Institutions how  the CPA has grown in recent times to represent better and better the riders and how much  respect, therefore, we deserve in the Cycling Commissions and Working Groups,” added Bugno.