With 100 days to go until the Rio Olympic Games, Team GB has unveiled the kit the nation’s athletes will be wearing this summer – with cyclists Laura Trott, Lizzie Armitstead and Becky James among those modelling it at the launch in London this morning.

As at London 2012, the kit, made by adidas, has been designed by Stella McCartney following consultation with athletes including Trott, and it will also be sported by Paralympics GB athletes in Brazil.

According to Team GB,  “The kits are designed to optimise performance and are, on average, 10 per cent lighter than in 2012 – helping athletes go further and faster.”

They incorporate the silhouette of a new and unique British coat of arms, commissioned by adidas and created by The College of Arms, which “was specifically designed as a unifying symbol across the two teams and the multiple sports that will feature at the Games this summer. 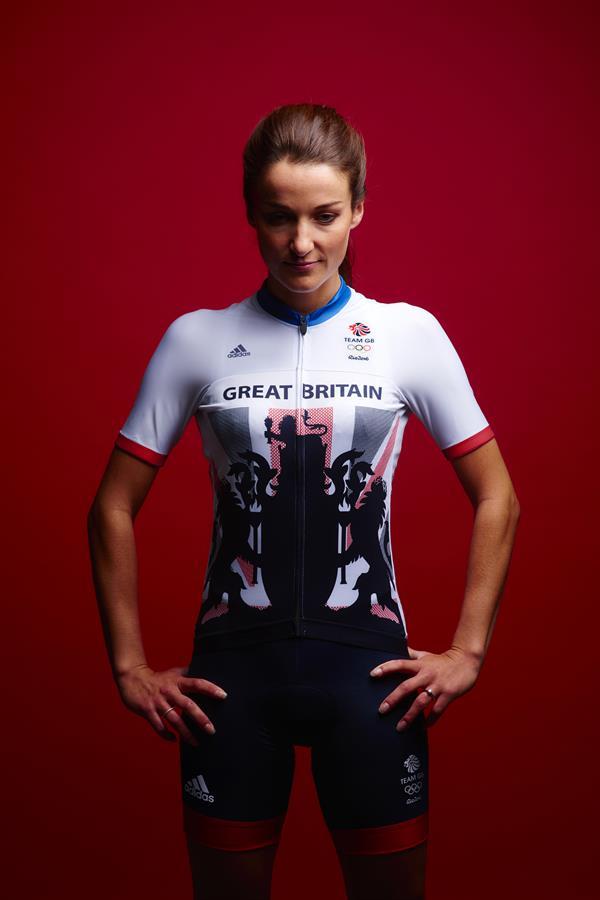 Team GB says that “the principal element of the shield is a unified group of the floral emblems of the four Home Nations and the motto ‘Iuncti In Uno’ means ‘Conjoined in One’.”

While the jersey of the road cycling kit is predominantly white, the skinsuits that the track team will wear in the velodrome are mainly navy blue, as this picture Trott posted to her Facebook page of herself and James shows.

With British Cycling technical director Shane Sutton suspended by the governing body last night as it investigates allegations of discrimination, it was reported that Armitstead, James and Trott would not be available for interviews at today's kit launch.