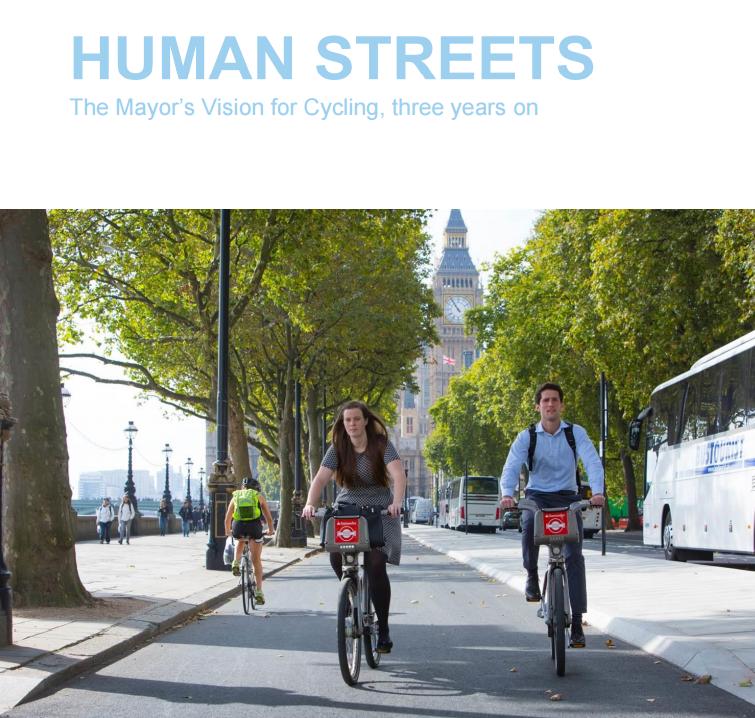 Taxi complaints as runners use cycle superhighway...that's not finished yet

The partially complete cycle superhighway along London’s Victoria Embankment, aka the Crossrail for Bikes, has apparently become very popular with lunchtime joggers ahead of its opening at the end of the month, just in time for the London Marathon.

Although the route is still closed in places, that hasn’t stopped a handful of angry cabbies sharing pictures online of cyclists using the road, while joggers populate sections of the cycle tracks.

Some drivers are using images of the empty lane as “evidence” the cycle superhighway programme is a waste of money.

@standardnews @JimJimbose9 at least somebody using it cause cyclists dont

Although a number of people have pointed out the route is closed while it’s still being built, it doesn’t seem like the message is getting through.

About 50m in front of where that photograph was taken... https://t.co/EgCUpN7yit pic.twitter.com/xJLQuy2dvZ

The Evening Standard quotes one cyclist posting in CycleChat forum a month ago raising concerns about people running on the cycle route wearing headphones, oblivious to the presence of bikes, but the feeling among cyclists seems to be one of live-and let live - and as some have pointed out the route will be less attractive to joggers once it's actually open to cyclists.

@x_ray_bex @london_cycling hi! I've seen a few joggers along CS2. When I see them, I slow down. When they see me - they slowly move aside

Transport for London’s Nigel Hardy, head of road space management at TfL, told the Standard: “London's cycle superhighways are dedicated routes to encourage even more people to take up cycling.

“The overwhelming majority of joggers stick to using the pavements.”

He added: "We cannot 'ban' pedestrians from entering the cycle superhighways. And once they are fully open, the volumes of cyclists on them will mean there is little or no attraction for joggers in using them."

The London Cycling Campaign has echoed those sentiments, saying: "We are fairly sure joggers will revert back to the pavement once the superhighway has finished being built."

From mums cycling with children, to women on Dutch bikes, to people delivering Christmas presents by bike, as seen on the newly-completed CS5 near Vauxhall last year, the signs are promising that the new protected cycle routes, some of which are due to open imminently, are a hit with cyclists of all stripe.

As a final note we’d like to wish those training for the London Marathon - or any other running challenges this year - the best of luck.