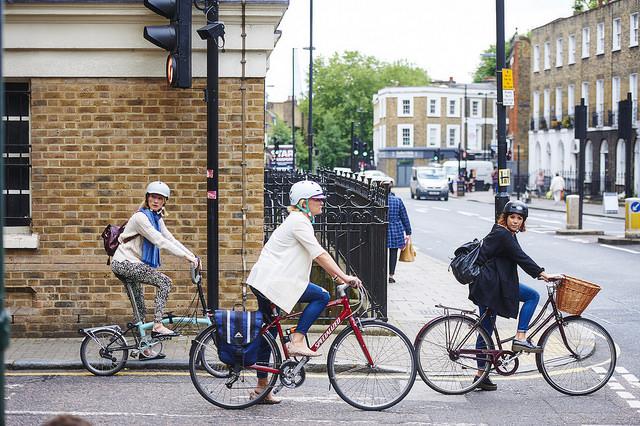 Senior Liberal Democrat says "Cyclists do not belong in towns"

A senior member of the Liberal Democrat party who last year called for a “mass extermination” of cyclists has said that London’s Cycle Superhighways are “a complete waste of taxpayers’ money” and that “cyclists do not belong in towns.” He has since apologised for any offence his remarks caused.

Robert Woodthorpe Browne, who has stood for election to Parliament on a number of occasions and is chair of his party’s international relations committee, shared his views on the capital’s new cycling infrastructure in a post to Twitter yesterday which appears to have been subsequently deleted.

One Twitter user asked Lib Dem leader Tim Farron whether Woodthorpe Brown’s views reflected those of the party and was told they did not.

@tomsulston We are pro-cycling and I'm proud of it. @spittingcat

Another user of the social network suggested Woodthorpe Browne visit Cambridge, the city with by far the highest levels of cycling in the UK.

@robertbrowne1 (hint: they don't. They, as with most cllrs of all parties here in the city, enthusiastically support cycling)

Dr Julian Huppert, who was Lib Dem MP for Cambridge from 2010-15 during which period he was co-chair of the All Party Parliamentary Cycling Group which three years ago published the Get Britain Cycling report, outlined why cyclists do belong in towns, and invited Woodthorpe Browne to contact him.

@robertbrowne1 I think you've got it the wrong way around. Cyclists very much belong in towns; reduces congestion, increases shop sales, ...

@robertbrowne1 improves air quality, promotes towns as a space for people, not metal, helps to promote health, accessible to all incomes ...

@robertbrowne1 ... And much more. Strongly positive economic impact as well as environmental etc. Email me if you want to know more!

This afternoon, Woodthorpe Browne posted an apology for yesterday’s tweet, although some might see an element of party PR spin at work.

1.A tweet I sent last night after yet again leaping out of the way of a cyclist speeding on the pavement outside my flat has caused offence

2. I apologise to those I may have upset. I don't drive in town and don't cycle either - too scared. Cyclists need protection, of course.

Last year, when asked to explain his anger at a BBC London tweet linking to a report that 25,000 cyclists were set to take part in the RideLondon-Surrey 100 sportive, he said his aversion to people on bikes could only be cured “by mass extermination or uninvention of [the] bicycle.”

“@BBCLondonNews: More than 25,000 cyclists are set to descend on the capital this weekend for RideLondon. GRRRRRR!

@CRRosenstiel only by mass extermination or uninvention of bicycle. Problem in London is cyclists on pavements and jumping lights

The remark, made to a former Lib Dem councillor from Cambridge, may have been tongue in cheek, but has come under the spotlight again in the light of Woodthorpe Browne’s latest anti-cyclist comments.

A reinsurance professional who is junior warden of a City livery company and who also sits on the board of the Royal Institute of International Affairs – commonly referred to as Chatham House – Woodthorpe Brown has sought election as an MP on several occasions.

He has unsuccessfully stood against ex-prime minister Tony Blair as well as former cabinet ministers Michael Portillo and Alan Clark. At last year's general election, he was the Lib Dem candidate for Staffordshire South, coming fourth with 2.9 per cent of the vote.