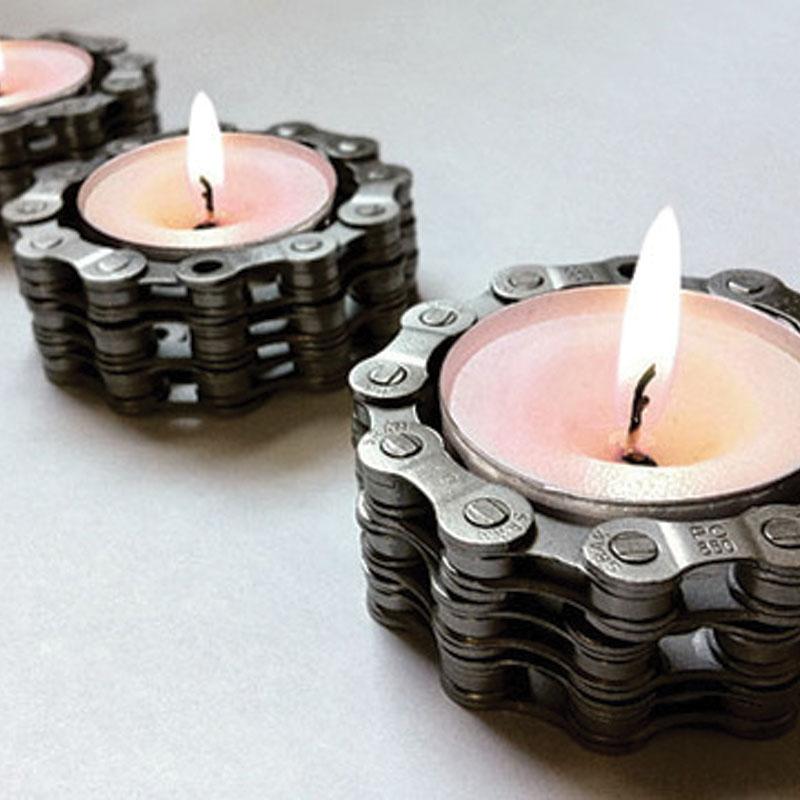 Candle-powered: the Dutch cyclist in trouble when the wind blew

A Dutch man stopped by police this week for not having lights at night surprised officers with his explanation for being barely visible.

The man in Zandvoort, to the west of Amsterdam, explained to the officers that ‘the candles must have blown out’.

He searched his pockets for a box of matches, before re-lighting the tea lights and putting them into glass holders, white for the front and red for the back.

The astonished police officers allowed him to carry on his journey, according to a statement reported by the NL Times.

It’s not clear whether this novel approach would hold any sway with police in the UK.

Last year we reported how a cyclist in Essex was fined £225 by magistrates – for failing to have lights or reflectors on his bike.

Chelmsford Magistrates’ Court also ordered Roman Abramov of Grays to pay £90 in costs and a £22 victim surcharge after finding him guilty.

The 23-year-old had been stopped on 19 February by police carrying out a casualty reduction patrol on London Road in Purfleet.

They found that his bike had no lights or reflectors, both required in the hours of darkness under the Road Vehicle Lighting Regulations 1989 as amended by subsequent legislation.

Police Sergeant David Martin commented: "Cycling in the dark without lights is extremely dangerous both for the rider and for other road users.

“This result shows that illegal behaviour by cyclists will not be tolerated in Essex.”

According to Road Vehicles Lighting Regulations cyclists must show a front white and rear red light, which can be flashing or steady, as well as rear red reflectors and amber pedal reflectors.  -