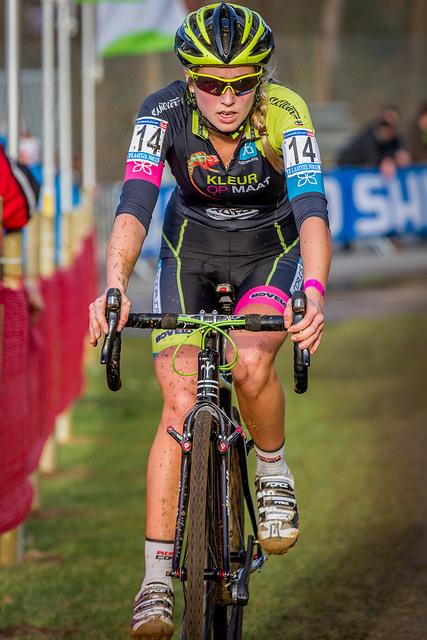 A concealed motor has been found during examination of Femke Van den Driessche’s bike, during the Cyclocross World Championships, it was revealed today.

At a press conference today UCI (Union Cycliste Internationale) president, Brian Cookson, confirmed the bike the 19-year-old Belgian was riding, when she pulled out of the race with mechanical problems, was later found to contain a concealed motor.

Rumours have abounded over recent years of mechanical doping, but this is the first confirmed case in top-level competition.

"It's absolutely clear that there was technological fraud. There was a concealed motor. I don't think there are any secrets about that," Cookson said.

"We want the minority who may consider cheating to know that, increasingly there is no place to hide, and sooner or later they will pay for the damage they’re causing to our sport."

The bike was seized on Saturday after Van den Driessche, who was competing in the under-23 race, was forced to pull out with mechanical difficulties. According to reports, when the saddle was removed electrical cables were found in the seat tube.

Van den Driessche, who was among the favourites to win, denies knowledge of the motor, and says she has done nothing wrong.

A tearful Van den Driessche told Belgian TV channel, Sporza: “It wasn’t my bike, it was that of a friend and was identical to mine”.

“This friend went around the course Saturday before dropping off the bike in the truck. A mechanic, thinking it was my bike, cleaned it and prepared it for my race,”

She says she was “totally unaware” it was fitted with a hidden motor.

“I feel really terrible. I’m aware I have a big problem.

She added: "I have no fears of an inquiry into this. I have done nothing wrong”.