Subscribe
Back to news
news
Art and design
Innovation 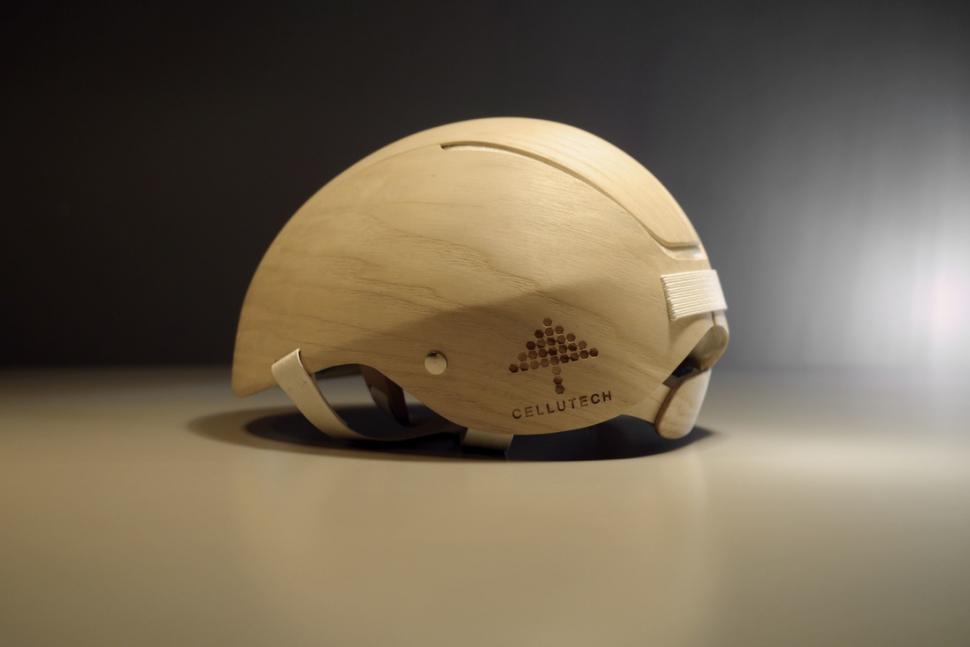 From the land that brought us the airbag helmet comes another which makes use of a new shock-absorbing material made of renewable and biodegradable wood-based material. The helmet was designed by Rasmus Malbert, from the design studio Materialist, and produced by Cellutech, a Stockholm startup, as part of the Swedish Forest Industries Federation’s Ekoportal2035.

Ekoportal2035 is a vision of a biobased future and the helmet is made entirely out of forest products. The outer layer is a wood veneer, the strap is made from durable paper, while the inside cushioning is made of Cellufoam™, a wood-based foam material that researcher Lars Wågberg, a professor in Fibre Technology at KTH Royal Institute of Technology, says offers comparable properties to Styrofoam.

Phys.org reports that production begins with wood cellulose nanofibres, or fibrils, which are modified and mixed with a foaming agent, water and air. Through the process of Pickering stabilisation, these particles stabilise the air-bubbles in a way that is said to be much better than by using simple surfactants

The idea for the material came from a research group within the Wallenberg Wood Science Centre (WWSC) and has been further developed by Cellutech. "The collaboration with Cellutech makes it possible to commercialise the new materials we develop within WWSC and bring them closer to the market," said Wågberg.

The helmet prototype is intended to draw attention to the possibilities of using wood cellulose as a sustainable alternative to Styrofoam and other foams made from synthetic polymers.

Designer Rasmus Malbert said he thought there was great potential in the material. “We are just at the beginning of an exciting trend where more and more petroleum-based materials are replaced with renewable alternatives."

We’ve previously reported on a cardboard helmet, the Kranium, which was said to be lighter, stronger and safer than a standard helmet and made from recycled paper. It eventually made it onto the market as the Abus Performance helmet. We reviewed it and concluded: "Taking it off is a blessing."

The Headkayse presents another alternative to expanded polystyrene. This foldable bike helmet is made from a material called Enkayse and, unlike conventional helmets, is said to be able to withstand repeated impacts. The British firm behind Headkayse is currently looking to raise £50,000 via Indiegogo.