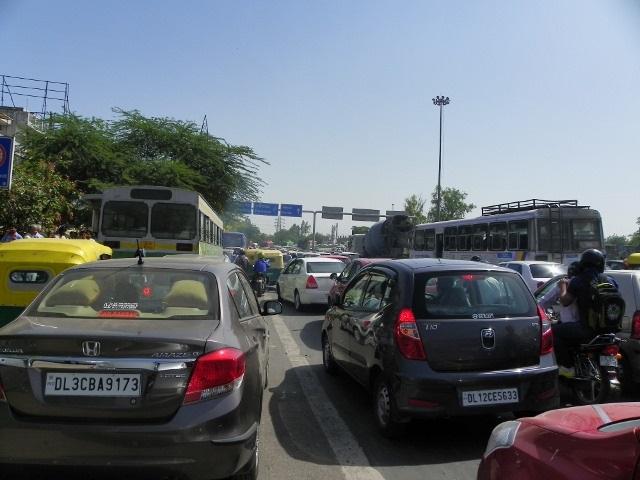 City has more than 8.5 million vehicles
by Alex Bowden

Delhi authorities have announced that for the next two weeks private cars with odd and even numbers plates will only be allowed on the roads on alternate days. The Indian capital is considered the most polluted city in the world by the World Health Organisation with congestion a major problem.

The BBC reports that Delhi has been experiencing hazardous levels of pollution this winter and the government believes that immediate actions is needed to improve air quality. Following the two-week trial, it will take a decision as to whether to continue with the measure.

Delhi already has more than 8.5 million vehicles with around 1,400 new cars being added every day. Authorities want to encourage more people to cycle and use public transport, so vehicles will only be able to use the city’s roads on alternate days from 8am to 8pm, Monday to Saturday.

There are, however, a number of exemptions, including VIPs; women travelling alone or only with other women; two-wheelers; non-polluting vehicles; emergency services; and the physically challenged. As a result of this list, the Delhi police chief has said enforcing the scheme will be difficult.

Delhi also recently introduced a "car-free day" on one day each month when cars are banned from a city district for a few hours. Authorities say air quality monitoring has indicated a drop in local pollution levels as a result.

Earlier in the year, a ‘car-free’ day in Paris led to a dramatic drop in both air and noise pollution, leading the mayor to propose more vehicle free days in the French capital. Airparif, which measures city pollution levels, said levels of nitrogen dioxide dropped by up to 40 per cent in parts of the city and there was almost one-third less nitrogen dioxide pollution on the busy Champs Elyées than on a similar Sunday.