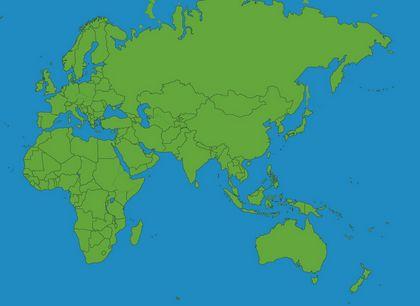 A cyclist from Greater Manchester has cycled home in time to spend Christmas with his girlfriend – after a journey of 12,000 miles that began in Australia and took him through Asia and across Europe.

Jimmy Hailwood, from Horwich, set off from Perth, Western Australia at the start of the year, where he had been working as a tiler, reports The Bolton News.

The 29-year-old arrived back home on Saturday in time to watch Bolton Wanderers, the team he supports, draw 2-2 at home with Fulham.

He received a standing ovation as he took to the pitch at half-time to celebrate the end of his journey, which took him through countries including Indonesia, Myanmar, Bangladesh, Nepal, India, Kyrgyzstan, Tajikistan, Uzbekistan, Kazakhstan, Azerbaijan, Turkey, Bulgaria, Romania, Serbia, Hungary, Czech Republic, Germany and the Netherlands.

The self-funded ride has raised more than £17,000 for the Derian House Children’s Hospice, which supports terminally ill youngsters and their families.

He told The Bolton News: “It was a big learning curve. To see so many different countries and ways of life has been fantastic. It has been difficult, but I will never forget it. It has really boosted my self confidence, being able to live in such a simple way.

"Seeing the Taj Mahal was quite surreal. I don't so much remember places from all those countries, just the people there.

"They were all so welcoming and friendly. You had to be a bit wary in India, just because it is such a busy place and being a westerner on a bicycle, people were staring at me.

"It was difficult in Europe as well, I was going through Austria when it was snowing and about minus 7C, and in the Czech Republic it was raining really hard."

"I would do it all again, but I am going to stay home for a year at least,” he added. “I have got a couple of things floating around in my head for another challenge.

"But it is great that we have raised money for Derian House. They really helped a friend of mine who lost his four-year-old daughter, it is a fantastic charity."

His girlfriend Ashton Duerden, 28, said: "It is amazing to have him back, it doesn't feel real yet, I keep thinking he is going to disappear again!

"It has been 15 months waiting for him, and it is fantastic he is home for Christmas now.”

"I can't believe the support he has had, I am so proud. People who don't know us have been asking how they can donate and sending money."