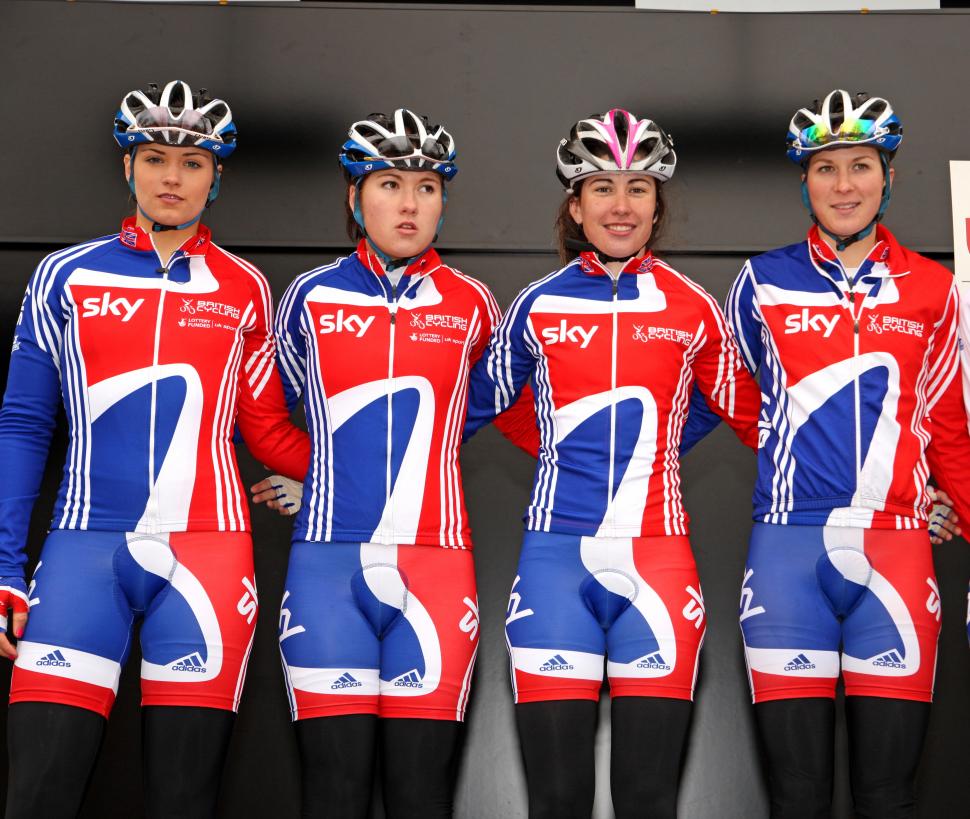 Hannah Mayho, who was seriously injured on Friday morning in a collision with a car while training in Belgium with four other British riders, is said to be making satisfactory progress following surgery at a hospital in Oudenaarde yesterday.

As we reported on Friday, the five injured riders, Hannah Mayho, Emma Trott, Katie Colclough, Lucy Martin and Sarah Reynolds - the first four shown above at the start of the recent women's Fleche Wallone - had been taken to hospital with Hannah Mayho being the most seriously injured with, as was believed at the time, two broken legs and a broken right arm.

Today, however, British Cycling has reported that a second x-ray has confirmed the 19 year-old from Bradford broke one and not two legs in the crash. Her left leg has been pinned in a successful procedure and she is expected to be on her feet later today.

Hannah’s broken right arm and wrist are in a plaster cast. She is likely to stay at the hospital for another week. Her parents and coach Simon Cope, who are with her, have reported she is feeling positive.

20 year-old Lucy Martin from Cheshire, who suffered a cracked vertebra, is resting at the Academy House in Belgium under the supervision of the GB Cycling Team doctor. 20 year-old Katie Colclough from Lincolnshire, who suffered concussion, is expected to be discharged from hospital today.

20 year-old Emma Trott from Hertfordshire, who suffered a broken collarbone and a black eye, has been released from hospital, as has 18 year-old Sarah Reynolds who hurt her hand and cut her chin in the crash.

The five girls were injured at about 10:30am Friday morning when a car pulled out of a junction.

Simon Cope, the Olympic Academy Programme Coach, said: “We are all feeling much more positive today. All the people here have been really great and have rallied around to help us.”