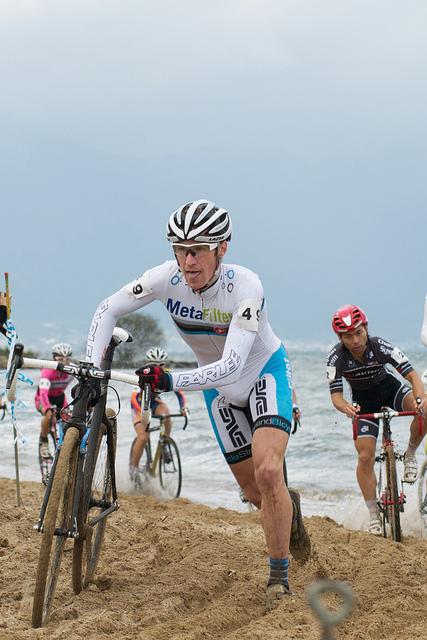 USA Cycling trying to find a solution to case of star men's race rider being moved to women's championships...
by Sarah Barth

A transgender professional cyclo-cross rider has been told she will not be able to race in the race in the men’s event at the Cycloross National Championships next month in Asheville, North Carolina - despite having performed in this category for most of her career.

Molly Cameron, who identifies as female, but races in a men’s category, has been told by USA Cycling (USAC) that she must race as the sex shown on her driving licence, which is female.

She is the only transgender athlete to compete in a UCI Cyclo-cross World Cup - which she did against other men, since early in her racing career she was kicked out of the women’s category and into the men’s.

Proving herself as she went on, it became clear that from a purely physical point of view, it was the correct category for her to compete in, and she placed second in the men’s 30-39 category at cross nationals in 2013.

Despite her female driving licence, she has happily competed in the men’s races since the 1990s - but now USAC has made it impossible for her to register for the national championships.

USA Cycling told Bike Portland: “We understand that this is a complicated issue and the application of our existing gender rules in this case may not be what was intended.

“We seek to be fair to all transgender athletes, including Molly, and will immediately look into this case to see if we can find a just solution.”

On Facebook Cameron posted: “Put away the pitchforks and torches, USA Cycling is not always right but they are trying. They are not the enemy.”

She added: “I’m of two minds about this. Part of me is like, I’ll go race the woman’s category. Win or lose I’m sure it will p*ss a lot of people off.”

USAC rules differ from the Olympic ones - which state that athletes should compete as the gender they were assigned at birth - unless they have had sex reassignment surgery.