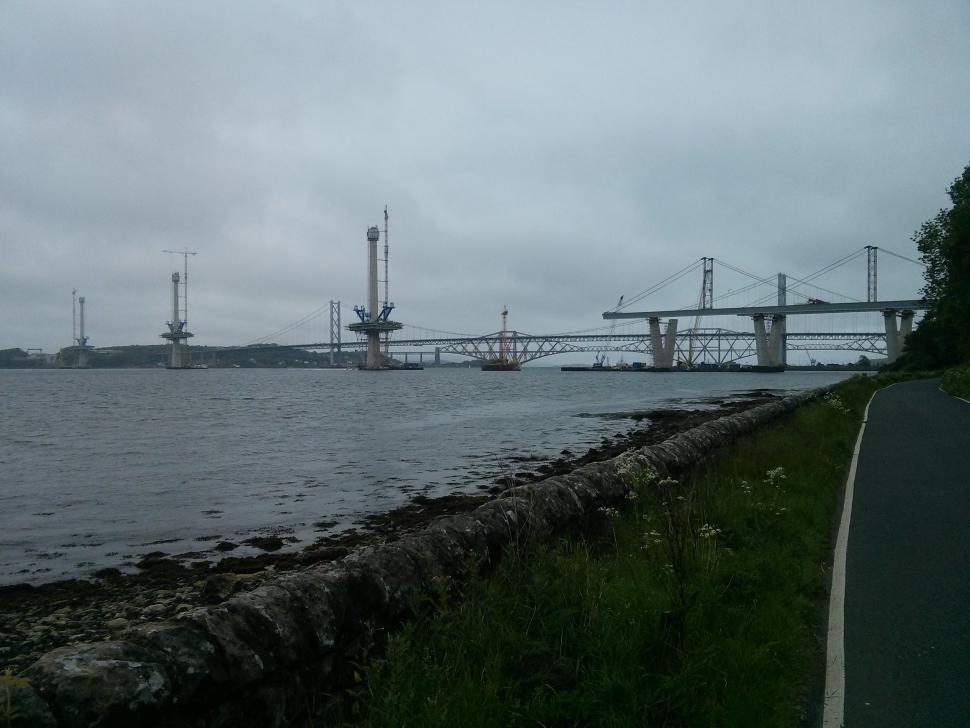 Cyclists reminded: Forth Road closure applies to you, too

Broken bridges have no mercy for cyclists faced with a potential 35 mile detour - use public transport instead, cyclists told
by Laura Laker

Forth Road Bridge operators have had to remind cyclists that the road bridge is “closed to all” after some tried to pedal across it this weekend.

The vital road crossing across the Firth, just North of Edinburgh, which normally carries 70,000 vehicles a day, was closed on 3 December after a 2cm crack was found on the southbound deck, throwing Scotland into an effective state of emergency amid warnings the closure could cost the Scottish economy £50 million in travel delays alone.

However, that hasn’t stopped a few two-wheeled travellers attempting to cycle over Europe’s largest steel structure, to avoid a 15-20 mile detour to the next nearest crossing, the Kincardine Bridge.

We've had some cyclists trying to get onto the bridge today. Please be aware the bridge is closed to all. #SafetyFirst

The Forth Road Bridge twitter account posted a message this morning saying: “We've had some cyclists trying to get onto the bridge today. Please be aware the bridge is closed to all. #SafetyFirst”

@forthroadbridge so is the brig in imminent danger of collapse. A few hundred kilos of rain on it at any given time. More than a wee bike!!

To comments “a wee bike” weighs less than the rain that falls across the structure, it added: “Safety is our number 1 priority but we need the bridge clear for inspections, assessments and repair work to be carried out.

“Our priority is to get the bridge open as quickly as possible. A full closure is the best way to get this done.

“Unfortunately there's no direct footpath available so alternatives would be Kincardine Bridge or public transport.

Kincardine Bridge is 15-23 miles away depending on which side of the Forth you are on.

Tailbacks of 11 miles are being reported on alternative routes and the Federation of Small Businesses has urged people to ditch their cars in favour of public transport to free up road capacity for Christmas delivery vehicles. The Scottish Chambers of Commerce has estimated a year-long closure could cost the economy £1 billion.

Built in 1964 the Forth Bridge, with its pedestrian and cycle path, is part of the National Cycle Network’s route 1 (NCN1)

A second Forth Road Bridge is currently under construction, but it won’t be finished in the near future.

When it's finished, the 1960's bridge will be reserved for buses, cyclists and pedestrians only.

@forthroadbridge they don't pay attention to red lights, why would BRIDGE CLOSED be any different