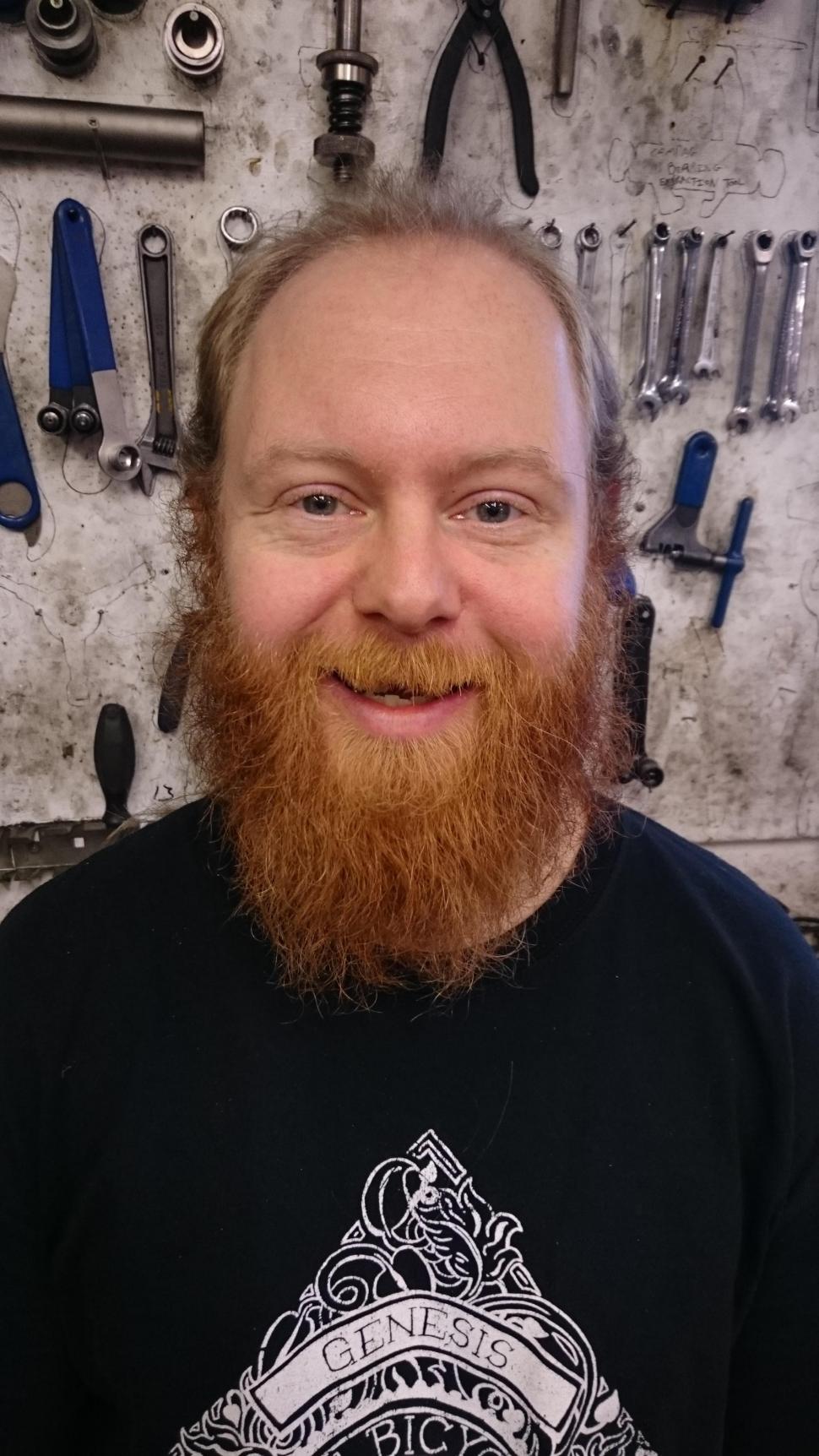 Jim Sullivan will take a razor to his 'sacred beard' if campaign tops £60,000 for move...
by Sarah Barth

A threatened local bike shop has busted through its fundraising targets on a crowdfunding site after  a team member agreed to go under the razor if the campaign hits £60,000 before it ends on Wednesday.

The community-focused Brixton Cycles shop said that team member Jim Sullivan – notorious for the bold ginger beard he has been growing for 10 years – will shave it all off for the good cause.

So far the crowdfunding campaign has attracted pledges of more than £55,000 from over 1,300 supporters around the globe.

The worker-owned bike cooperative - London’s oldest - is fundraising to find a new home in Brixton, as its current premises are to be turned into luxury flats early next year. The total cost of renovating and moving into a new space is estimated to be in the region of £120-£150,000.

The owners say: “While our initial target will help us move to our new home, we still need to kit it out, not to mention paying rent & salaries while we get set up.  As a coop, this is money we just don't have.”

A strong start to the campaign, which is hosted on Crowdfunder.co.uk, supported Brixton Cycles to reach its initial fundraising target of £40,000 just five days after the public launch. The shop has a loyal network of customers, having been running since 1983, and was named London’s number one small bike retailer at the London Cycling Campaign’s London Cycling Awards in 2014.

Donations to the campaign have been further boosted by a promotion that saw supporters entered into a draw to win a £1,200 bicycle, donated by Genesis bikes. That competition has now closed.

To mark the start of the final week of the campaign, Brixton Cycles also added an additional reward on Wednesday. Thanks to a donation by Fisher Outdoor Leisure, one lucky supporter will get a Tacx Smart Trainer and a bundle of other rewards for the exclusive price of £200 (instead of £320)! Their support will also contribute to Jim’s

Speaking about his decision, Jim Sullivan said: “As a team, we’ve been blown away by the support so far and we really want to make the most of these last five days! Our estimated moving costs are increasing all the time, so the more money we can crowdfund to help with these, the better our chance of being able to continue to serve the London community.”

He added: “Although my beard is sacred, it’ll grow back. But, if we don’t raise the money to save Brixton Cycles, then it will be gone forever!”

The crowdfunding campaign is live on Crowdfunder.co.uk until 25 November.