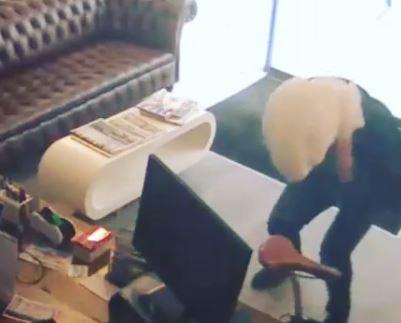 Hövding, the Sweden-based manufacturer of an innovative airbag designed to protect cyclist’s heads in the event of a crash, says that a man featured in a video that showed the helmet deploying while he was putting his coat on was using it incorrectly.

The company says that the movements of the man in the video, posted to Instagram earlier this year and featured on road.cc yesterday, are similar to those that a cyclist would make during a crash, thereby triggering the airbag.

AS IT HAPPENED #hovding #airbagged

A company spokeswoman told road.cc: “Hövding should only be activated when you are cycling. The cyclist in the film unfortunately had it activated also off the bike. His movements are related to movements your body does during an accident. Hence the inflation.”

As for its deployment, she said: “The Hövding acted correctly, assuming the cyclist was on a bike given its activation,” adding that the company offered the man a replacement.

She underlined that the airbag should be deactivated when users are off the bike, saying: “When activated Hövding measures your movements 200 times per second and compares your movements with normal bike riding movements and movements your body will make in an accident.

“When you leave your bike and go in to a shopping mall, a hotel lobby or anywhere else you should always de-activate Hövding.”

Stressing that it was important that purchasers read the manual prior to using the product, she added that “Hövding to date has been in close to 200 real accidents and [has] protected the cyclist every time.”

Last year, Maria Krafft, head of division traffic safety & environment at Folksam, one of Sweden’s largest insurers, said: "Hövding is the biggest thing since the emergence of the cycle helmet and, as a milestone, is equivalent to when the airbag was developed for cars."

1
"Tired of road crime": CyclingMikey on episode 16 of the road.cc Podcast, plus how to make the most of your lunchbreak
2
TV surgeon and cyclist killed after collision with motorist in Essex
3
Brompton drops its ‘lightest bike ever’: new 7.45kg titanium version of iconic folding bike revealed
4
Near Miss of the Day 701: Speeding bus driver “very lucky” to avoid prosecution for close pass (includes swearing)
5
Stages will retrofit a power meter to your existing cranks
6
"The killers are the imbeciles on them": BBC under fire for 'Britain's Killer Roads?' Panorama investigation
7
Cannondale revamps Synapse road bike with intelligent SmartSense tech for ‘reducing distractions and increasing awareness’
8
Plans to segregate cycle lane shelved — to delight of residents who park in it