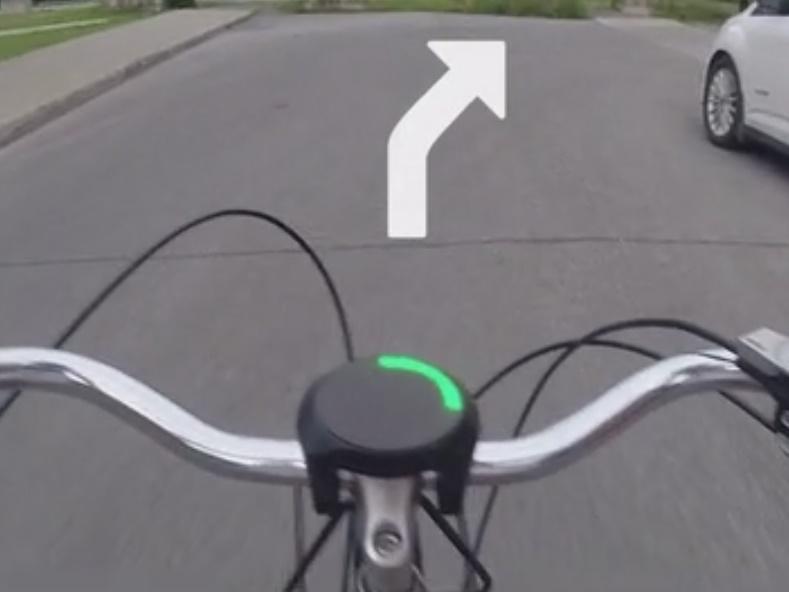 Turn-by-turn navigation, automatic tracking, an alarm and a front light – all in one bike product. You might fear that the SmartHalo is attempting too much, but its simple design has seen it soar past its initial Kickstarter funding goal of 67,000 Canadian dollars – in fact, at the time of writing, over $465,000 had been raised with 47 hours still to go.

Billed as a smart cycling system that allows you to focus on the road, SmartHalo has been designed by a Montreal-based startup who see it as a complete solution for urban cyclists.

SmartHalo is intended to be a permanent feature of a bike and is installed where the stem meets the handlebar via a ‘military-grade locking system’. Its navigation system shows you the quickest, safest routes to your destination; automatic tracking saves data about all of your rides; a built-in front light kicks out 250 lumens; while an alarm is triggered if thieves try and take the bike.

The navigation interface is pretty straightforward. Based on a circle – a ‘luminous halo’ according to the designers – it indicates different types of turn using easy-to-read light patterns. Routes are calculated once you have entered your destination in the accompanying mobile app.

As soon as you start riding, SmartHalo begins to track your movements. The app gives you time, distance, average speed, height gain – all the usual stuff – but without your having to press start and stop. The front light’s automatic too. It comes on when it’s dark and will switch off when you’ve finished riding.

The developers estimate that under normal usage, the battery will last around three weeks and if the battery’s low, you detach the device using a special key and recharge via USB or a normal power socket. Since reaching a funding ‘stretch goal’ there are also now plans to develop wireless charging.

The device can only be unlocked using the key and a motion sensor within triggers an alarm if the bike is moved around by anyone other than the owner. Or, in the words of design director, Maxime Couturier: “Anyone trying to steal your sweet ride will hear the angry roar of SmartHalo.”

The plan is for SmartHalo to go into production early next year with the product shipped to Kickstarter backers in May.