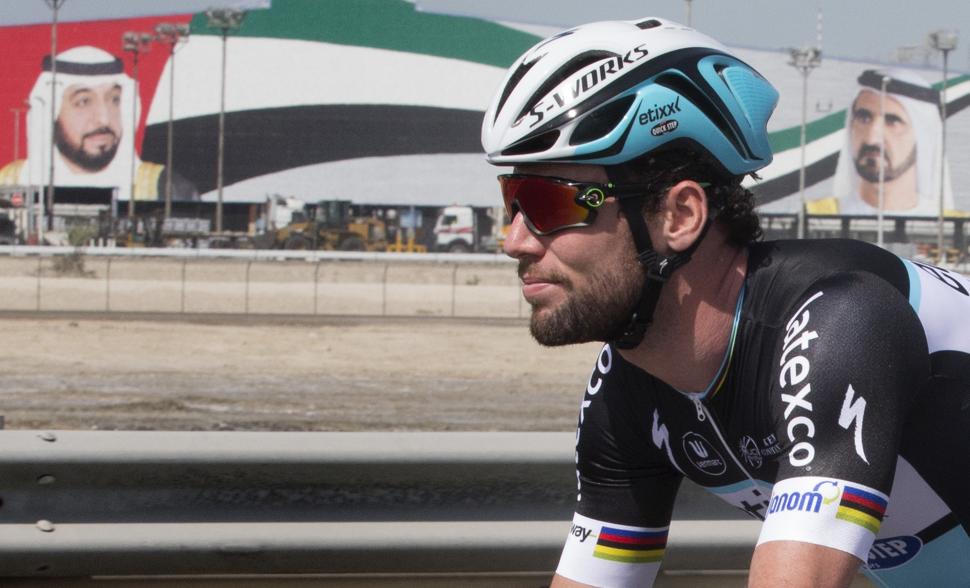 Mark Cavendish looks certain to have ridden his final race for Etixx-Quick Step after undergoing surgery on his shoulder, bringing his 2015 season to a close.

The Belgian team said that the sprinter was operated on yesterday morning in Wilmslow, Cheshire, to repair a partial tear of his left AC ligament sustained when he hit a parked car during Stage 6 of the Aviva Tour of Britain earlier this month.

It added that the injury is in the opposite shoulder to the one he injured when he crashed at the end of the opening stage of last year’s Tour de France in Harrogate.

Cavendish, who looks set to leave the team he joined in 2013, said of his choice to have surgery: "It has been a very difficult decision. However, after 10 days from the crash, I still had pain and I couldn't lift or pull much weight.

“I tried to ride my bike a few days ago on the road, but I could not put any power out by pulling on the handlebars. The surgery was necessary to avoid any problems in the near future.

“I'm so disappointed to end the season like this,” he went on. “The UCI World Championships and Abu Dhabi Tour were two important objectives for the end of my season.

“But there's nothing I can do now except take a period of rest, and then start with intensive rehab.

“I wish Etixx-Quick-Step and the British National Team all the best for the next races," he added.

In Cavendish’s first season at the team, he won five stages of the Giro d’Italia as well as the points jersey, a prize he had been pipped to when racing with Team Sky the previous year.

But in the sport's biggest race, the Tour de France, he won just two stages that season, his lowest haul there since his debut in 2007, and in this year’s race crossed the line ahead of his rivals on only one occasion.

Meanwhile, this year Peter Sagan of Tinkoff-Saxo continued his dominance of the green jersey at the Tour and André Greipel of rival Belgian team Lotto-Soudal won four stages.

With Cavendish out of contract at the end of the season and looking to race on the track at the Rio Olympics next year, he is expected to announce his new team shortly, with MTN-Qhubeka tipped as his likely destination.