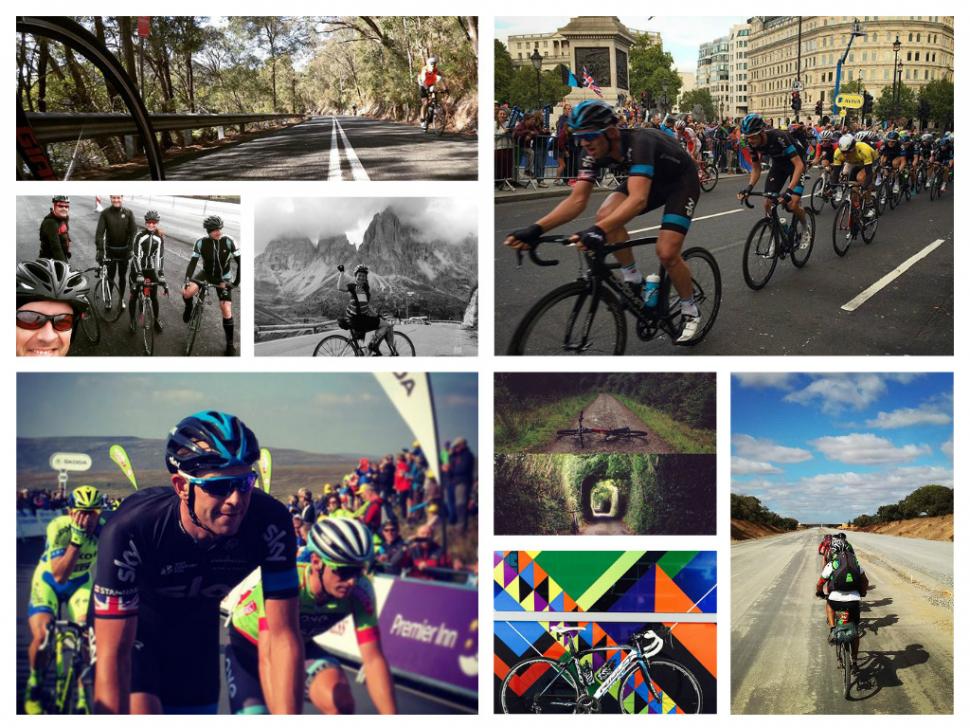 Catch your photos from an incredible weekend of racing up in East Anglia, London, and Madrid + mountains and more
by Elliot Johnston

The Tour of Britain came to a dramatic conclusion this #mycyclingweekend, and loads of you had front row tickets to the action.

But the real winners of the day were you guys. Some of the photos that you sent in proved that the nations love for professional cycling on their streets hasn't waned since last year, and that you got to see some spectacular cycling too.

Below are some of the photos that we particularly liked, including James Ward - this week's winner of a BTwin 300 Multi Tool - who managed to perfectly capture fellow Brit Ian Stannard's pain face.

A couple of shots from the #ToB2015 over this week @roadcc #mycyclingweekend pic.twitter.com/FFa1Mj8rc2

James Ward wasn't the only one to catch Ian Stannard this #mycyclingweekend. @LiamVsTheWorld on Twitter also got a shot of the 28-year old Brit.

'Yogi' was a little more prepared for this one though.

A photo posted by Liam Brindley (@liambrindley93) on

A photo posted by Jonny Inskip (@j.skipp) on

A photo posted by @jmanley90 on

On the continent, the Vuelta a Espana came to its conclusion too, with Greipel's countryman John Degenkolb winning the day's stage and Italian Fabio Aru capturing overall victory after pulling on the red jersey the day before.

Later that evening, I did pop back to the palace to take a consolation #mycyclingweekend shot with the barely acceptable camera on my Nexus tablet - notice the road.cc jersey - you can buy one too if you follow this link.

My phone met it's watery grave, so I got no Vuelta photos this #mycyclingweekend - went out for a consolation shot. pic.twitter.com/ulnBHudyJ8

It might be hard to believe, but there was plenty of other cycling going on away from the drama in London and Madrid.

Hundreds of you braved the autumnal weather, got in the saddle, and took a bunch of great #mycyclingweekend photos. Here are the best ones:

A photo posted by Libby Gordon (@littlesmiler) on

#cycling tour over, 590miles done and so many laughs on the way, #france, #belgium & #Netherlands #mycyclingweekend pic.twitter.com/U6YPnPGeNL

A photo posted by Jason Tan (@jasontanyl) on

A photo posted by Chris Brown (@imchris) on