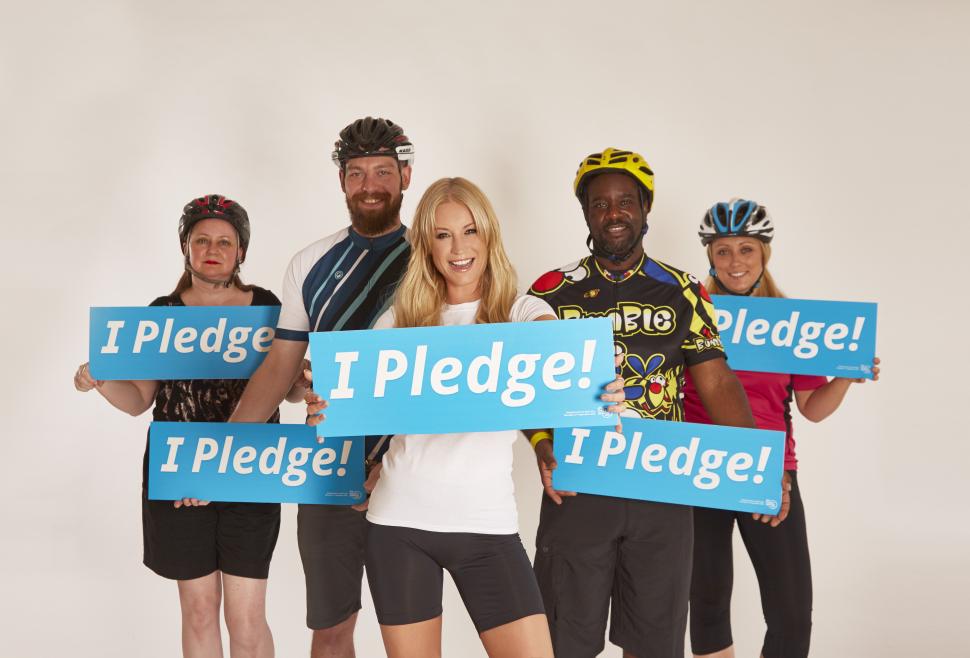 Cycle to Work Day round-up - half a million miles pledged

Today is the third annual Cycle to Work Day, and people have been taking to social media to talk about their journeys.

Created by Cyclescheme, the initiative has seen more than 30,000 cyclists and almost 900 employers make pledges via the Cycle to Work Day website, with almost half a million miles due to be ridden collectively.

Some people got a well-earned breakfast at the end of their rides … here, courtesy of Brompton Bicycle and CTC, respectively …

We are at Spitalfields Market today giving out pastries to cyclists. Who cycled into work today? #cycletoworkday pic.twitter.com/R5NYXM62qk

We celebrated #cycletoworkday with a bike breakfast - yum! What did you do? Take the pledge! http://t.co/Yek52Qtdgu pic.twitter.com/dmghnUXInM

In Britain’s cycling capital, Cambridge, the Fitzwilliam Museum pointed out that riding to work is very much the norm …

Every day is #cycletoworkday in Cambridge! Lots of our staff and visitors cycle in. pic.twitter.com/qmyyCabx7E

It's #cycletoworkday - why not check out our network of routes - at least for the cycle home! http://t.co/Nn9Chtwtuf pic.twitter.com/ZX36QidfAw

on #cycletoworkday wouldn't it be great if @Edinburgh_CC would commit to fewer vehs on cycle paths, and to clearing mud/grass? @CyclingEdin

For those of us who work from home, four-time World IronMan Champion Chrissie Wellington has some sound advice …

It's @cycletoworkday! So I went for a 3hour ride in the Mendips from my house and back again.

Meanwhile Twitter user ThreeFromLeith pointed out something that we’re sure applies to a lot of road.cc users …

But if today was the first time you rode a bike to work, that begs the question posed here by Skoda UK …

It's #cycletoworkday. If you switched to two wheels on your commute this morning would you consider it long term?

How was your Cycle to Work Day? Let us know in the comments below!