Rotor reveals first glimpse of its new Uno groupset. And it's hydraulic

The groupset war is heating up as Rotor has today revealed photographs of its forthcoming Uno groupset, which will provide hydraulic shifting and braking. 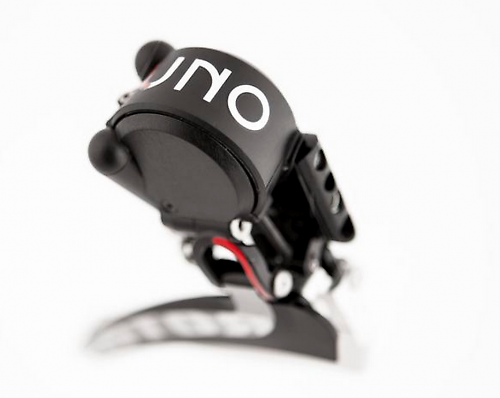 Rotor, best known for its non-round chainrings and cranks, has long been rumoured to have partnered with hydraulic brake and mountain bike suspension fork specialist Magura, on a collaborative effort to develop a new groupset. And today the rumour has been confirmed.

"Rotor Uno will publicly stake a claim as the first complete road groupset with hydraulic actuation shifting and braking. By partnering with Magura to produce Rotor Uno's brake systems (both disc and rim), Rotor will leverage more than a century's-worth of expertise in hydraulic brake systems," says the company.

- Rumour: Rotor and Magura are working on hydraulic road groupset 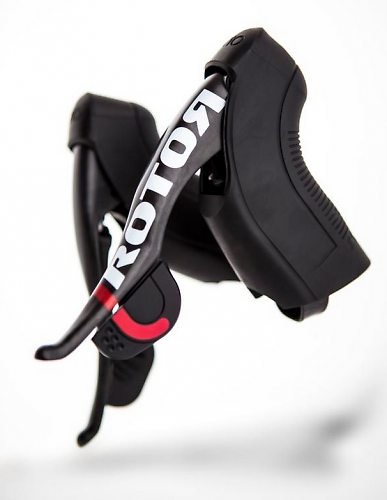 Rotor reveals in its message on Twitter, accompanying the photos, that the new groupset has been six years in development. The photos certainly show a very polished product - it has done well to keep it so secret this long (unlike SRAM's wireless groupset which has been raced for the past 18 months but has no release date yet).

"Our initial idea was to improve upon existing shifting systems; we knew that our system was a small step forward with its increased precision compared with other cable-actuated systems but we still suffered the same disadvantages of those systems, like friction, devolving inconsistent force over time, and other inconveniences," said Pablo Carrasco, co-founder and chief innovation officer for ROTOR.

"We knew that disc brakes for road were about to become a reality and we challenged ourselves to further the concept and apply hydraulics to actuate shifting as well."

Rotor reckons advantages of a fully hydraulic system are smooth activation, low maintenance and multiple shifting positions. Another significant benefit is the lack of batteries compared to current, and very popular, electronic groupsets. It's also light, claims the company, though doesn't offer any actual groupset weights. Rotor Uno wiull be offered with both rim and disc hydraulic brakes and be compatible with internal hose routed frames.

We'll update this story as we find out more...