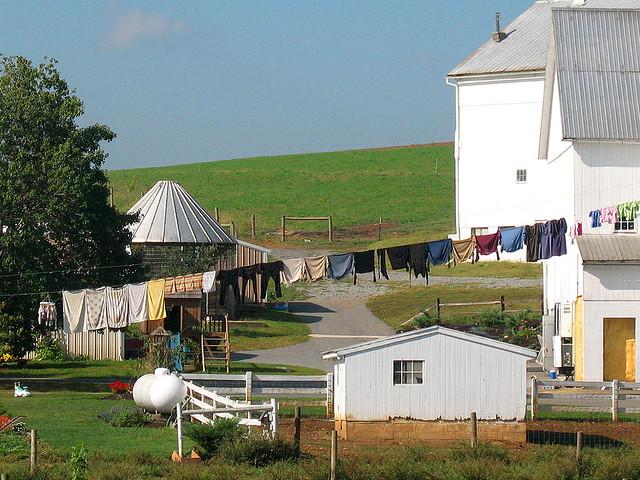 'The bicycles are rampant out there' claim local police...
by Sarah Barth

A new ruling allowing Amish people to ride bikes is creating chaos for motorists in Kentucky, according to local officials.

While motorists have long been frustrated by horse drawn carriages on the roadways, now the community is taking to bikes as well.

"Apparently, this year, I have heard, the bishops have authorized the use of bicycles," Daviess County Commissioner Nathan Gabhart told GC Daily World.

"It's a new addition. I guess before now they had not been allowed to use them.”

"There are a lot of them out there, hundreds of them," said Daviess County Chief Deputy Gary Allison.

"That lack of experience, that a lot of people put together riding bikes as kids, is something they don't have and that adds to the danger."

"I don't know exactly how many bikes we have now, but I know it is quite a few," added Gabhart.

"I believe we have around 10,000 Amish in the county. That's the last figure I heard, so the bicycles are rampant out there and the bicycle techniques are perhaps less than desirable. It just seems like there is a safety issue."

Even with the explosion of bicycles in the Amish country, officials say the county has been fortunate in terms of serious accidents. "We have had no serious accidents reported yet," said Allison. "It only takes one to turn this into a much bigger problem. We're trying to avoid that first one."