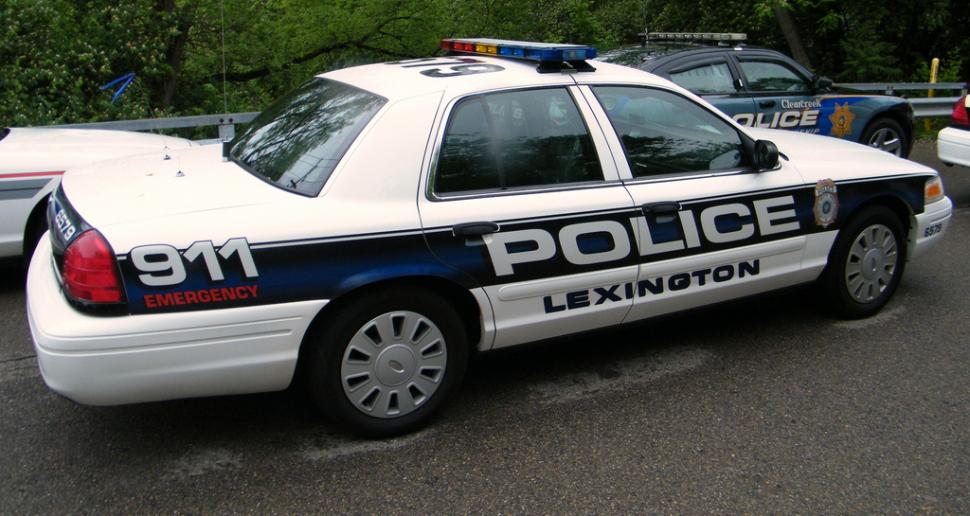 A cyclist in Kentucky has been arrested and jailed for endangering herself and other road users – just one week after she was found guilty of a careless driving charge in relation to her use of her bicycle to commute along a busy road.

Cherokee Schill has been arrested a number of times over the past 18 months while riding her bike to commute from work, an 18-mile journey from from Nicholasville to Lexington that takes her 90 minutes each way - for which she says there is no alternative safe route.

She rides in the right-hand lane of the busy US 27 inter-state highway, as she is permitted to do by law (a judge ruled in her favour on this last month) – but police insist she is causing a hazard to herself and other people on the road, WKYT.com reports and that they have received numerous complaints from drivers that she is holding up traffic.

Officer Kevin Grimes of Nicholasville Police said they had “received a call in regards to a cyclist on US 27 that was creating a dangerous situation."

The officer who arrested Ms Schill reported that some cars had needed to brake or change lane to avoid colliding with the rider.

"It could cause harm to others and she had knowledge of that, that's why the wanton endangerment charge came out," he explained.

Ms Schill has been told that she should use the hard shoulder, but insists she has the right to use the road and is being victimised, and also points out that police are not consistent in their approach. Her defence team also pointed out that

At her trial last week, the prosecution argued that the hard shoulder formed part of the highway, and if she was keeping to the right as required by law, she should ride on it.

Prosecutor Eric Wright said: "If the shoulder is usable, and it's practicable for it to be used and it can be safely used, and you're moving more slowly than other traffic on the highway at the time, you are to get as far to the right as practicable.”

However the cyclist said that would be more dangerous for her since would have to move out into the main carriageway to avoid obstacles such as potholes and rumble strips as well as debris found there.

She was fined $50 each on three counts of careless driving and the same amount on three other charges related to her cycling on the road.

"I have posted videos on to YouTube in which it shows officers passing me in the same traffic conditions, nobody is pulling me over," she said. Her videos also show numerous examples of poor driving by identifiable vehicles - including a large truck passing her extremely closely while undertaking on the hard shoulder.

"People need to understand that I'm riding to be safe," she went on.

Schill said that the moments leading to her latest arrest had been captured on her camera and she would be reviewing the footage once she was out of prison.

"I was just looking for any type of situation that would be considered dangerous. I didn't see any," she explained.

"That gap wasn't big enough for them to pass me legally, so they are going to pass me illegally."

She advised drivers to be patient, and to look to overtake her safely.” "You see me, start looking for that lane change. Start looking to change lanes and do so," she said.

Officer Grimes agreed that the behaviour of some of the motorists who passed the rider was below the standard needed, saying: "It clearly was a dangerous situation for the motorists as well as the cyclists."

Ms Schill is due to appear in court month in connection with two traffic citations as well as the wanton endangerment charge.

In August, a judge ruled in her favour after police sought to have her banned from the road pending the verdict in the case that resulted in her conviction last week.

The single mother of two added that while cycling had helped her slim down from a size 22 to a size 8, there were more pressing matters than her weight that had made her decide to start riding – most importantly, her difficult financial circumstances.

“Some tough choices had to be made,” she explained. “And as a mom, I thought making sure the kids had food was first priority and other things could wait. So it sits there. My car sits there, and I ride my bike.”