Halfords has launched a new range of women’s bikes under its 13 brand: the Intuition Lambda at £849.99, the flat-bar Intuitive Lambda at £499.99, and the £549.99 Intrinsic Lambda, which has arrived at road.cc for testing.

The Intrinsic has a triple butted aluminium frame, which means the tubes have three different wall thicknesses within each length, balancing strength where it’s needed with lightness and thinness where it’s not. According to Jim Berkeley, head of trading at Halfords, both the Intrinsic and Intuition were designed using wind tunnel testing, and there are a number of aerodynamic features in evidence.

The full-carbon fork, for example, has deeply bladed legs which taper to the dropouts, and the steerer is shrouded by the tapered head tube, which is designed to manage the airflow in that area as well as provide strength and stiffness at the headset. 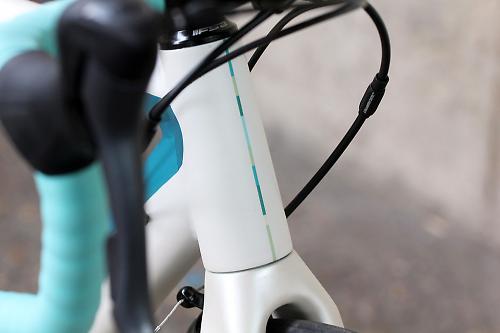 The down tube follows aero lines, being deep and narrow throughout its length. It's at its deepest and narrowest in the top half, widening as it reaches the bottom bracket. The top tube roughly maintains its width all the way along, but reduces in depth towards the seat tube. The frame is definitely more semi-compact than compact (where the top tube joins the seat tube way down) – there’s not a huge amount of sloping going on. 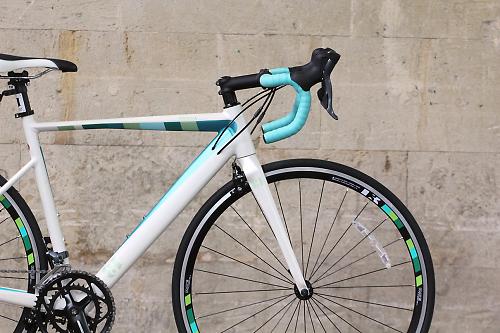 The seat tube and seatstays are round, with a bridge between the seatstays carrying a hole for a brake/mudguard/rack, which is complemented with eyelets on the rear dropout. 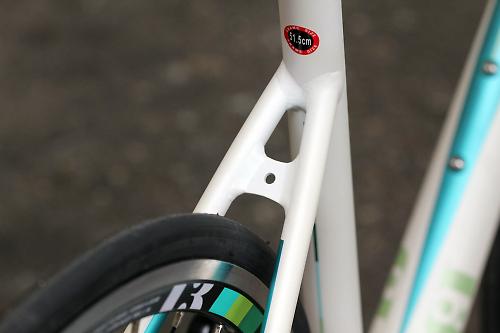 There is no brake attached here, though, because one of the most obvious pointers towards this bike’s aero credentials is the placement of its TRP Aero brakes: the rear sits behind the bottom bracket on the underside of the chainstays, while the front is attached to the rear of the fork blades, the idea being to keep them hidden away from the air, reducing resistance. 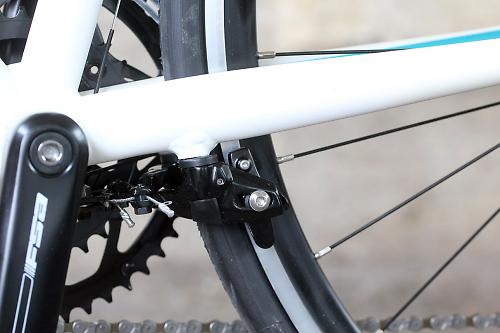 The rear brake and gear cables are fed internally through the down tube to the bottom bracket, with the gear cable then routed externally from BB to rear mech. This attaches to a removable derailleur mount, so you don’t knacker the frame if the mount gets bent. 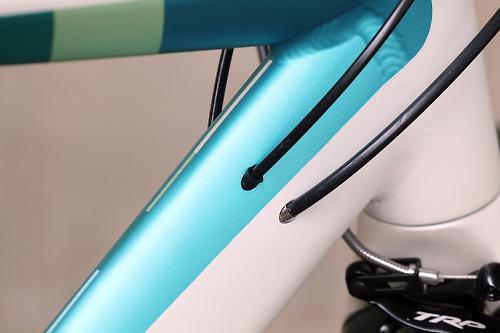 The more expensive Intuition has a 10-speed Shimano Tiagra groupset, while the Intrinsic has 8-speed Claris. The gearing is a 50/34 compact chainset paired with an 11-30 cassette. This gives a usefully high top gear of 50x11 along with a very hill-friendly climbing gear of 34x30, but because there are only eight sprockets on the cassette the gaps between some of them are going to be quite big. The cranks are 165mm – shorter than typically specced on a man’s bike. 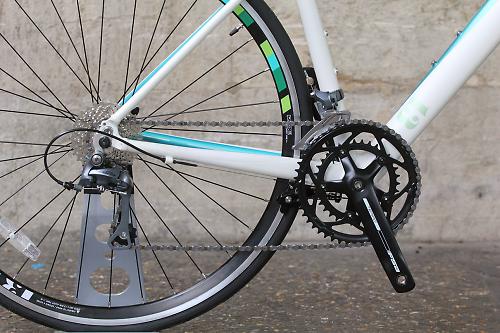 A quick look at our buyer’s guide to £500-£750 bikes reveals that this is a similar setup to other bikes in this price range: alloy frame, carbon fork, Claris gears. It weighs just over 10kg - 10,280g to be exact - not particularly light, but not unusual around this price. The Trek Lexa S that we tested in May is 1.5kg lighter, with a Sora groupset, the next one up from Claris in Shimano’s hierarchy, but that costs £100 more. Then again, we also reviewed B’Twin’s Triban 520 (men’s), and that also has Sora and is very slightly lighter but £100 cheaper than the Intrinsic…

The geometry of the Intrinsic has been designed specifically for women, we’re told, rather than being a shrunk-down man’s design, so the top tube is slightly shorter than you’d find on a man’s bike of this size (52cm measured horizontally on our M/51.5cm frame). This caters for a woman’s typically ‘longer legs, shorter torso’ physique, with the reach to the bar shorter for the same frame height.

Halfords/13 has given the contact details some thought too, so the saddle is a women-specific design, made by Velo though not labelled as such, with a groove down the centre and wider than a man’s, to suit a woman’s wider sit bones. 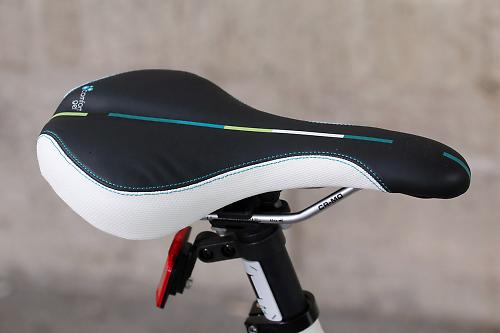 The cockpit consists of a 100mm FSA stem and not overly narrow 40cm-wide handlebar (this is 38cm on the smaller of the two bike sizes, the XS/S, 45cm model). Some women’s bikes keep to a narrower bar even on larger size models, which could mean they’re too narrow for wider-shouldered women. It’s an anatomic shape bar, with a drop of around 140mm - again, not as shallow as some ‘women-friendly’ bars. 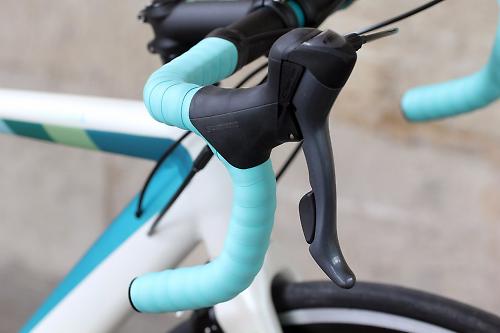 The 13 RS wheels have 32 spokes rear, 28 front, and are wrapped in 23mm Vee Rubber tyres, and our test bike also came with pedals and toe-clips, though Halfords’ website says pedals aren’t included. 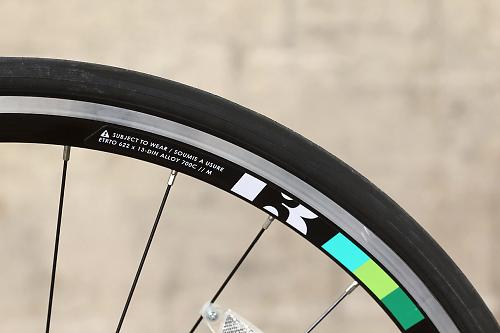 One thing you do notice straightaway when you look at the Intrinsic is how un-pink it is: not a hint of it. The pearly white frame with pale pastel stripes is rather attractive, I reckon. The important thing, though, is how it rides. And we’ll let you know that after we’ve spent a bit more time with it.