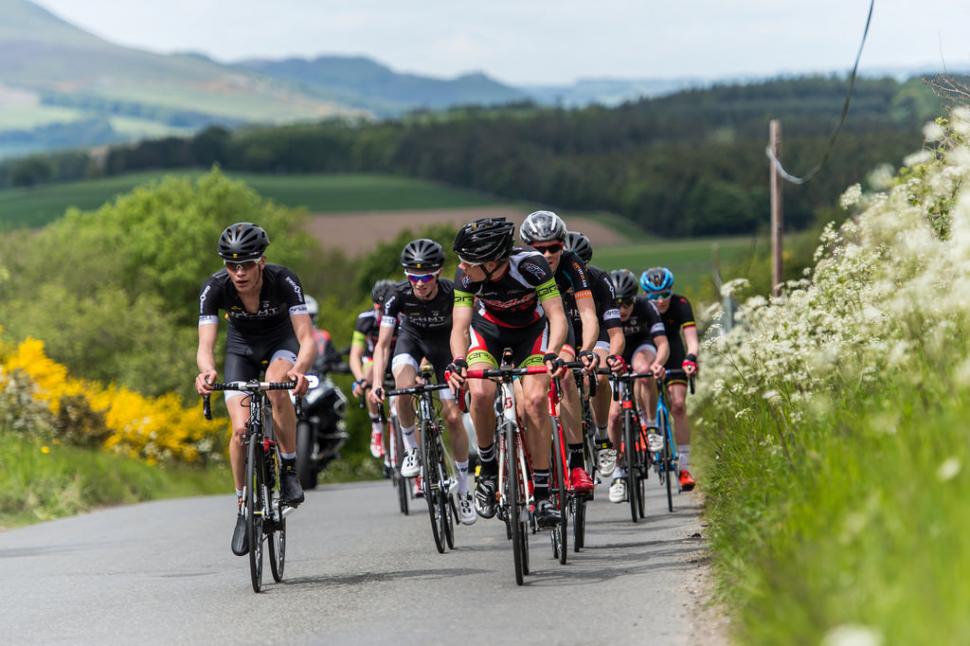 British Cycling says changes to road racing on highways rules still make it possible for one police officer to shut down an event "at any time"...
by Laura Laker

Earlier this week cycling minister, Robert Goodwill, announced road racing rules would be brought "into the 21st Century", making the organisation process clearer and easier for police, the public and organisers. The reforms are the result of a 2013 consultation based on plans developed with British Cycling and the Association of Chief Police Officers (now the National Police Chiefs Council).

However British Cycling says the reforms, which largely apply to local club and amateur racing, fail to tackle the biggest barriers to racing, namely the ability of one police officer to restrict a race "at any time, irrespective of months of planning and meticulous risk assessments" by organisers.

Jonny Clay, British Cycling's Director of Cycle Sport, welcomes the Department for Transport's (DfT) intentions but says it needs to look again at the regulations before they are implemented.

He said: "Fundamentally, this work is incomplete as the proposals fail to address the biggest barriers that have existed for decades – namely the ability of an individual police officer to impose restrictions on events at any time, irrespective of months of planning and meticulous risk assessments on the part of dedicated volunteers. The reality is that any reduction in regulation will only exist on paper.

“This isn’t about our ability to bring world class events such as the Tour de France or the UCI Road World Championships to British roads; it’s about local clubs and everyday riders having the ability to experience the challenge of road racing in their local area. These events, which only happen occasionally and are very often delivered by dedicated volunteers, are important for the health of the sport and good for the local area.

He said the rules will keep in place the same restrictions cycling has faced for decades at grassroots level.

He said: "There were a record-equalling 10 British riders in this year’s Tour, eight of them products of British Cycling programmes, but for our success to be sustainable there needs to be vibrant grassroots racing in this country.

"We hope the Minister and his officials are willing to work with us and other relevant bodies to ensure that, when new regulations are introduced in the autumn, they move beyond warm words and constitute a genuine step forward."

At the announcement this week Cycling Minister, Robert Goodwill, said: "As last year’s stages of the Tour de France in England has shown there is a great appetite for cycle racing in this country. We want to help inspire a new generation of cyclists, rather than act as a headwind. That way we can make sure there’s always a Brit in the yellow jersey.

"These common sense reforms will simplify the process for the holding of races and will make it easier for the best riders in the world to race in England."

Changes to the cycle racing on the highway regulations include an increase to the maximum number of competitors if the course is appropriate, while the rule that the same stretch of road cannot be passed twice in ten miles can now be reduced to five miles or less, as well as removing a rule that no more than 1.5 miles of a race can run on roads with a less than 40mph speed limit.

However, the rule that states: "An appropriate officer of police may, when authorising the holding of a bicycle race ... impose such conditions as he may think fit on the holding or conduct of the race so far as it takes place on a public highway" will not be changed. The DfT has merely said it questions "whether it is necessary for the police to have the ability to impose further conditions".