Ridley will officially launch its 2016 bike range at Eurobike next month but we’ve had a quick preview and here are the highlights.

As you probably know, Ridley has its roots firmly in cyclocross. The Belgian brand offers more cyclocross models than anyone else out there, and it sells as many cyclocross bikes as it does bikes from the whole of the rest of the range.

That’s not to say that Ridley is a one-trick pony. It offers a large range and provides the bikes for the Lotto-Soudal team, so its Noah SL has got a whole lot of coverage lately, especially the green version presented to Andre Greipel when he took the lead in the points category of the Tour de France. 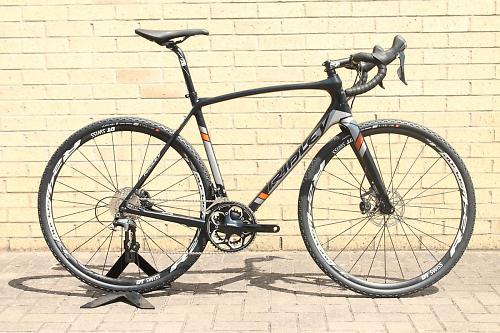 The new X-Trail looks a very interesting bike. You can call it an all-road bike if you like, or maybe a (hush!) gravel bike. Or perhaps it’s a do-it-all, drop barred, disc-equipped, yadda yadda, yadda bike. You can make up your own category if you’d prefer. The point is that Ridley sees this as a bike that can handle a variety of surfaces just fine. 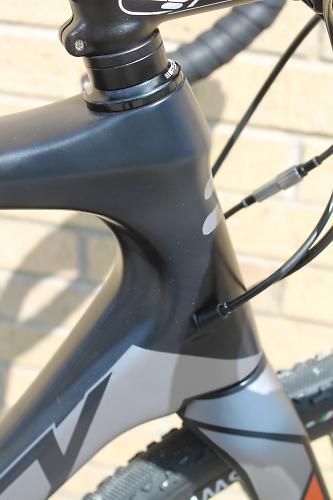 The X-Trail’s frame is carbon fibre and so is the fork, including the steerer. It’s built with quite a high front end for comfort and control, and a low bottom bracket (BB86 standard) for stability. The wheels are held in place with bolt-thru axles, and you get discreet mudguard mounts front and rear. The cabling is internal. 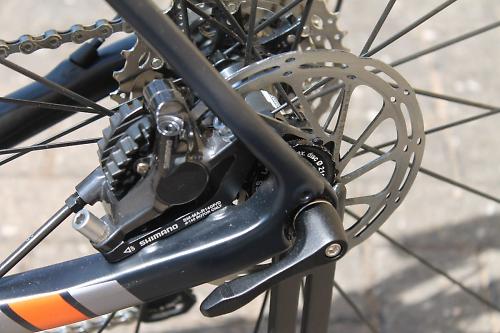 The bike shown here is the £2,500 X-Trail C30. This is the middle option in the range with Shimano’s new RS505 shifters/hydraulic disc brakes (Flat Mount), an Ultegra rear mech and a 105 front mech. The wheels are DT-Swiss R24 Spline DB fitted with 38mm Challenge Gravel Grinder tyres. The front rotor is 160mm and the rear is 140mm.

The £2,200 X-Trail C40 uses the same shifters/brakes but both mechs are 105 and the wheels are Fulcrum Racing Sport DB. They come with the same 38mm tyres.

All the X-Trail bikes come with compact chainsets (50/34-tooth) and 11-32-tooth cassettes.

The official launch of the X-Trail is at Eurobike with bikes expected to land in the UK in October.

We’re told that an alloy version of the X-Trail is on the way with prices as low as £1,100 pencilled in. 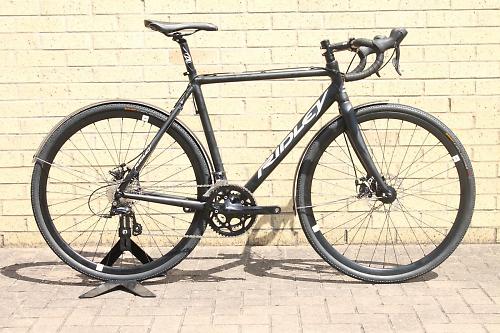 The X-Bow Allroad will soon be available in this UK exclusive finish. It’s another asphalt and non-asphalt type bike but this time it’s alloy and priced at £999.99, which means you can get it through most Cycle to Work schemes. 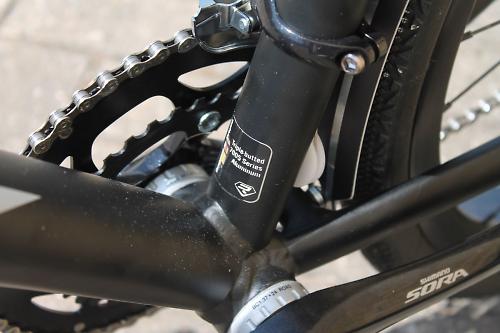 The alloy in question is triple-butted 7005 Series aluminium, while the 4ZA Zornyc fork is carbon with an alloy steerer. 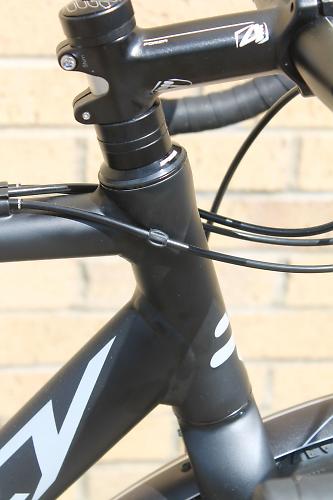 The X-Bow Allroad is built to a cyclocross geometry and it’s fitted with Shimano Sora components and TRP Spyre mechanical disc brakes. 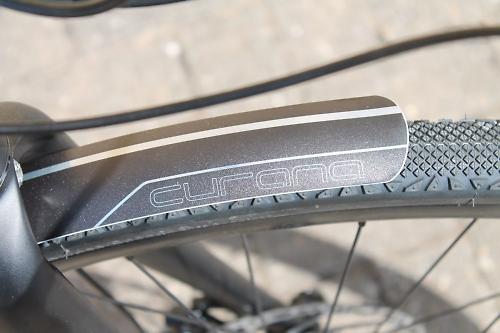 The wheels are 4ZA CXD rims on Shimano hubs and you get high-quality tyres here: 35mm-wide Continental Cyclocross Speeds. There’s plenty of clearance, even with mudguards fitted. You get rack mounts at the back too. The X-Bow 10 Disc (£1,199.99) is built around the same frame and fork and the TRP Spyre brakes are the same too, but this time the groupset is Shimano 105 with an FSA Gossamer chainset. 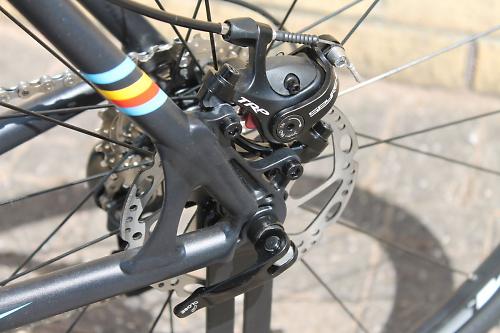 Rather than the X-Bow Allroad’s compact (50/34-tooth) setup, the X-Bow 10 Disc gets a cyclocross-specific 46/36-tooth combo. The wheels are Fulcrum Racing Sport DB with 32mm Challenge Grifo Plus tyres. Ridley has only recently announced its new Fenix SL range although Lotto Soudal riders were using it back in the Spring Classics. 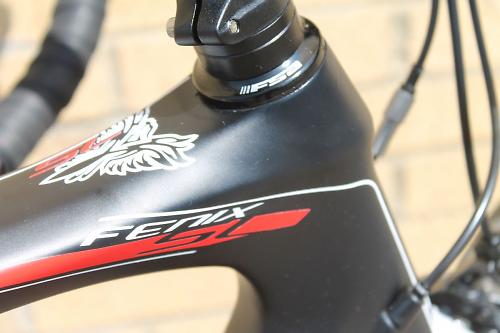 In brief, it combines the skinny back end of a Helium – designed to be lightweight and compliant – with some of the front-end aero features of the Noah. It comes with a PressFit 86 bottom bracket and internal cable routing. 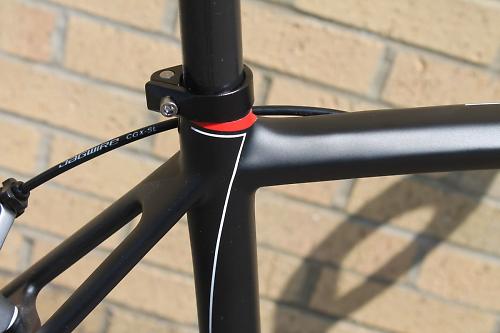 The Fenix SL is designed as an endurance bike so the geometry is a little more relaxed than that of the Noah, for example. Many people will perfer this setup over that of a traditional, aggressive road bike geometry for long days in the saddle. 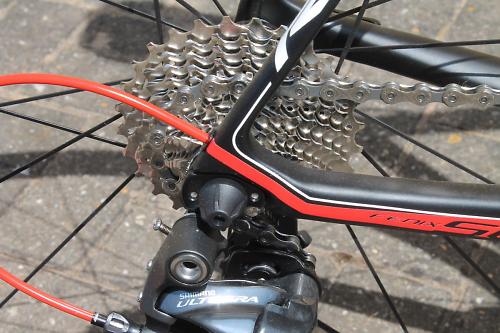 It has clearance for tyres up to 30mm if you want a bit more comfort, although all models will be sold fitted with 25s. 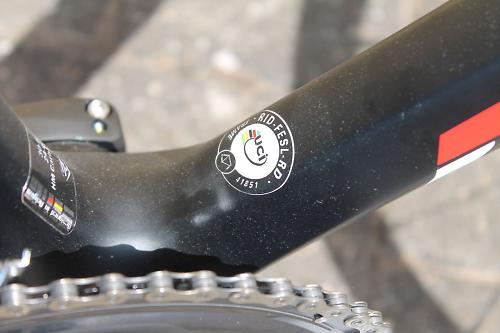 The Fenix SL will be available in various different builds. The model pictured here is the £2,100 Fenix SL 30 with a Shimano Ultegra (mechanical) groupset and Fulcrum Racing 5 wheels. This one comes in the colour scheme that Lotto Soudal have been using. 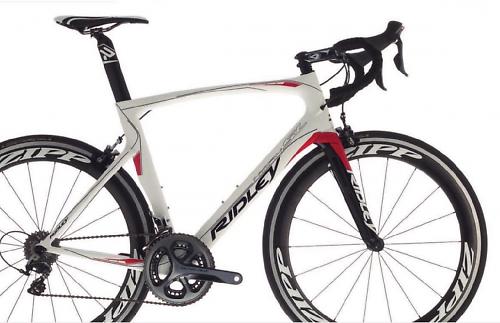 The Ridley Noah SL was new for this season and the model carries over into 2016. This is the bike that Andre Greipel has ridden to stage victories in the 2015 Tour de France.

The top level model is the £5,800 Noah SL 20 with Shimano Dura-Ace components. 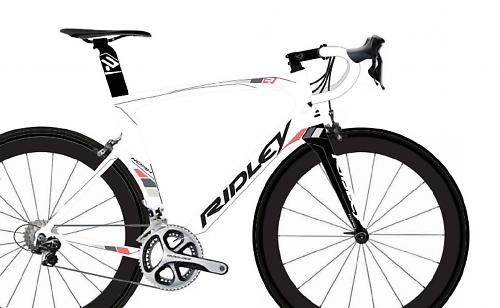 The Ridley Noah comes out of the same mould as the Noah SL but Ridley uses a different combination of carbon-fibre here so the bike isn’t quite as light. You don’t get the Noah SL’s FSplit fork either – the one that has a gap running vertically down the fork blades to improve the aerodynamics.

There are three Noah’s in the range, the most affordable being the £2,300 Noah 70 which comes in a Shimano 105 build with wheels from 4ZA (or Forza, if you prefer), Ridley’s in-house brand.

The Noahs aren’t actually ready yet, hence this rendering (above) rather than a photo. 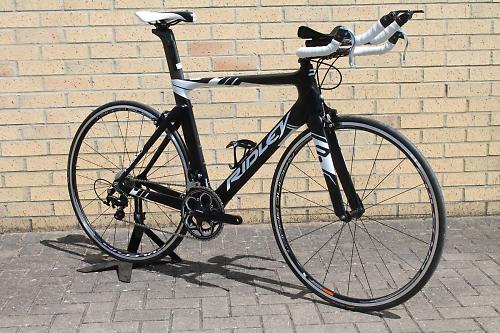 The Lotto-Soudal team race Ridley Dean Fast time trial bikes and the production models that come to the UK are sold out almost instantly. Ridley also has a more-accessible new TT bike called the Chronus (above) that hasn’t quite made it to the UK yet, although it’s on the way. 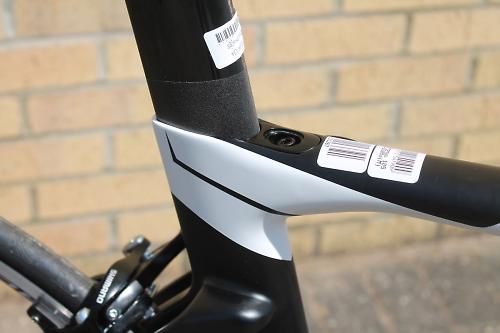 The Chronus doesn’t have all of the Dean Fast’s super-high tech trickery, obviously, but you get many features that we’ve come to associate with time trial bikes over recent years: slim frame tubes and fork legs, a fork crown that integrates with the frame, an aero-profile seat tube with a clamp hidden inside the frame, wide-set seatstays that join the seat tube fairly low, and so on.