Orbea has launched a new version of its Ordu time trial/triathlon bike that it says is lighter, stiffer and more aerodynamically efficient than before. It is being used by Team Cofidis in the Tour de France.

Orbea says that the new Ordu’s frame (medium size) is down from 1,500g to 1,400g while the fork is 552g from 646g. Orbea also claims that it has made the rear triangle 16% stiffer than previously for the more efficient transfer of power. 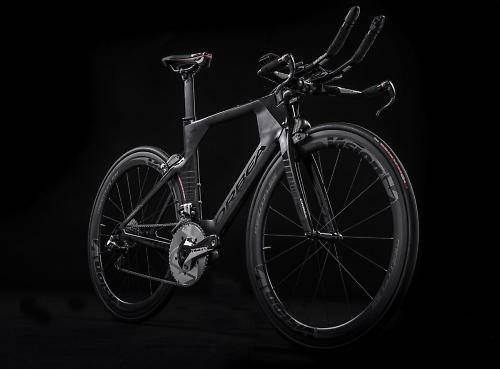 How has Orbea achieved these aero gains? They’re partly down to the Freeflow fork. 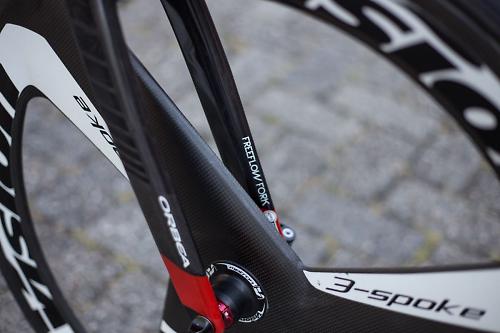 “Aerodynamic forks are typically designed to perform like aero frame tubes – optimised for directional movement through the wind,” says Orbea. “But the forward rotation of the spokes and today’s wider rims and tyres approaching from behind the fork (against the flow of wind as the wheel spins) creates a high pressure/high drag zone. 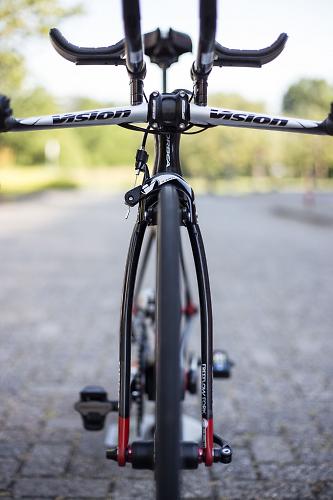 Freeflow spreads the fork legs away from this area to reduce pressure and turbulence. Normal directional aerodynamics remain unchanged but the bike gets faster because the airspace inside the Freeflow fork blades is less chaotic.”

Check out the picture above to see just how wide the space is between the fork legs and the wheel (bear in mind that it's a trispoke wheel so there are no angled spokes). 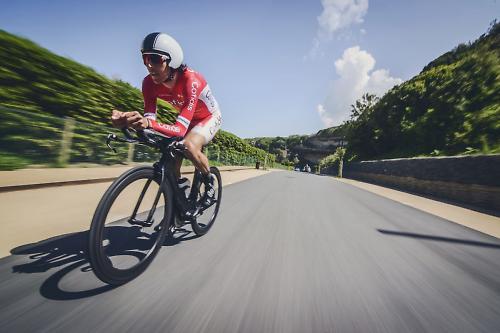 The Ordu’s head tube houses a 1in upper bearing and a 1 1/8in lower bearing as a way of providing stiffness without massively increasing the size of the frontal area, which would be detrimental to drag. The bottom bracket is oversized BB30 standard. Orbea says that it has worked with the Engineering School at Mondragon University in the Basque region to analyse and test aerodynamic concepts during the design process.

“Our subtle improvements to a traditional airfoil are aimed specifically at helping riders go faster in conditions typically encountered on the road – faster at lower speeds and faster at higher yaw angles.”

Orbea says that the ‘bullet’ leading edge of the frame tube profiles opens airflow around the tube profile and improves airflow at higher yaw angles, while flattening the sides of the airfoil reduces the frontal area of the tube and offers better drag numbers at lower speeds. 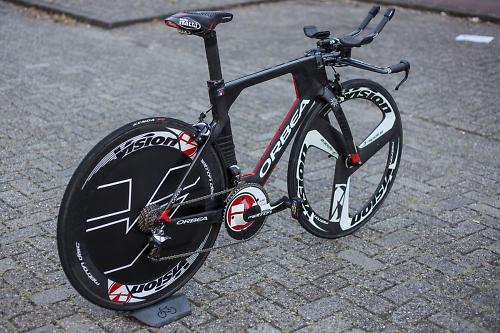 Like many other brands, Orbea squares off the trailing edge of tube profiles, saving weight while getting the air to perform as if the tail was there. Orbea also says that this smooths airflow into bottle cages.
 
The Ordu uses what Orbea describes as an ‘aero-oval’ seatpost that includes two clamps that were developed with FSA, one with a setback of 23mm and the other with a setback of 49mm. The seatpost itself can be reversed to increase the total adjustable range.

The Ordu is compatible with any standard centre-bolt road brakes, but Orbea says it is optimised for the aerodynamic TriRig brake system. 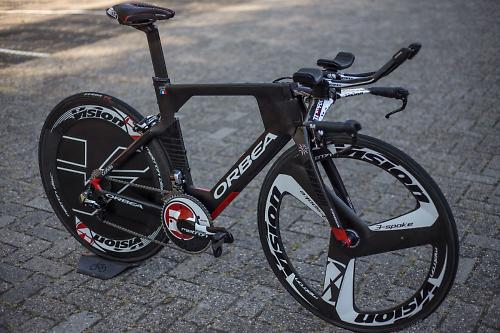 The Ordu is compatible with both mechanical and electronic shifting, the cables entering the top tube behind the stem. If you go for an electronic setup, the battery lives in a port in the seat tube’s rear wheel cutout.

The bike will take most 25mm tyres.